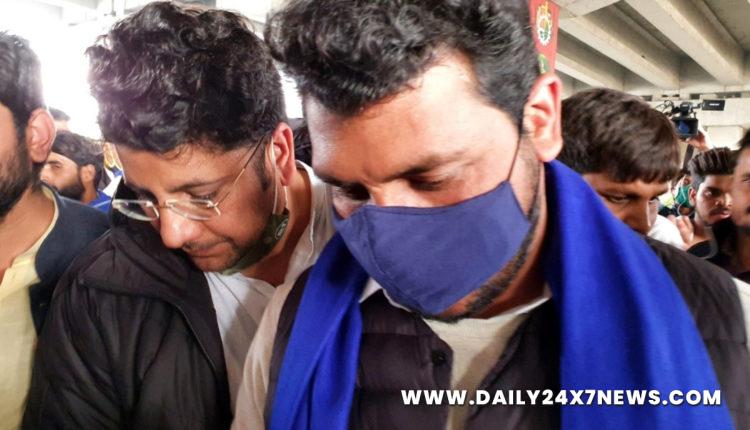 Ghaziabad : Even as scores of farmers owing allegiance to the Bharatiya Kisan Union continued to protest at the Singhu border entry point on the Delhi-Ghaziabad route, Bhim Army chief Chandrashekhar Azad visited them on Tuesday to extend his party’s support to the cause.”I have come to extend support so that farmers don’t feel left alone. Farmers, Dalits and labourers are all the same. If the farmer will not cultivate his land, how will a labourer run his household? I come from a family of labourers. How can I abandon the farmers cause?” he said.Azad asserted that he had come just to extend moral support and not lead the farmers’ protest, adding that farmers have not come out on the roads happily.”Why is the central government holding talks after six days? The government knows the strength of the Dalits. The government should have held talk on the very first day. In winter season, farmers are sitting on roads, facing tear-gas shells and water cannons. They are the ones who provide us food,” the Bhim Army leader said.He said that the government knew that the farmers had come prepared to sustain their protest over a long period of time and hence the Centre had to listen to them.