Is Centre planning ‘something big’ in J&K? 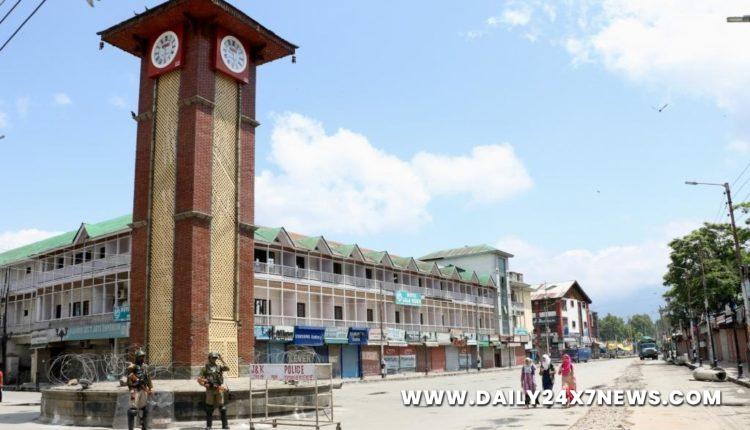 Srinagar : With rumours becoming rife over New Delhi planning ‘something big’ in J&K, top sources told IANS on Wednesday that the focus of the central government is on two important issues: whether the suspended Amarnath Yatra can be resumed and whether assembly elections can be held before the year end.”Much depends upon the COVID situation which has shown a steady improvement during the last one week.”If the situation permits, you can have assembly elections before the year end”, a top source in New Delhi told IANS.Asked whether these elections can be held till the delimitation commission completes its work, the source said, “Why do you think the delimitation commission cannot complete its work during this year?””The commission has started its ground level process of collecting data and population break-up etc from various district development commissioners.”Once the statistical back-up is ready, the commission will start its final duty of delimitation of new assembly segments depending upon the guiding principle that both the regions and various races, tribes and communities get an equitable deal”, the source asserted.The developments on the ground also indicate that various political parties have started coming out of hibernation.Leaders of the National Conference (NC), Peoples Democratic Party (PDP), Peoples Conference (PC), Apni Party and others have started activating their ground level cadre.NC patron and former chief minister Farooq Abdullah is scheduled to meet PDP chief Mehbooba Mufti later on Wednesday.Sources in these two parties suggest the meeting is likely to decide on the participation of these parties in the meetings of the delimitation commission to put forth their viewpoint on the new delimitation and increased representation to some tribes, races and communities.The sources added that the NC patron is underlining the importance for the regional parties to take part in delimitation deliberations.The extended term of the delimitation commission ends in March 2022, but those connected with the working of the commission suggest it would give its final report before the end of its extended term.Tribals like Gujjars, Bakarwals, races like the Paharis, Dogras etc and communities like the Kashmiri Pandits expect that the delimitation commission would end their under-representation in the J&K assembly.Given the present political scenario in J&K it is logical to assume that no political party would choose to remain out of the electoral process.”Out of hustings would mean out of politics”, said a senior NC leader requesting not to be named.On the other priority, the resumption of the suspended Amarnath Yatra, authorities are of the opinion that while the normal Yatra with thousands of pilgrims might not be possible, yet the Amarnath Yatra must be held with all religious formalities and with minimum participation this year.While Kashmiris are besieged with rumours of statehood for Jammu, declaration of safe areas for Kashmir migrant Pandits and the further truncating of the districts of Kashmir division, the real ‘big development’ could be restoration of democracy with equitable representation to every community, tribe and race and the holding of a subdued Amarnath Yatra this year.

Forest Deptt to constitute Village Panchayat Plantation Committees in all 4290…