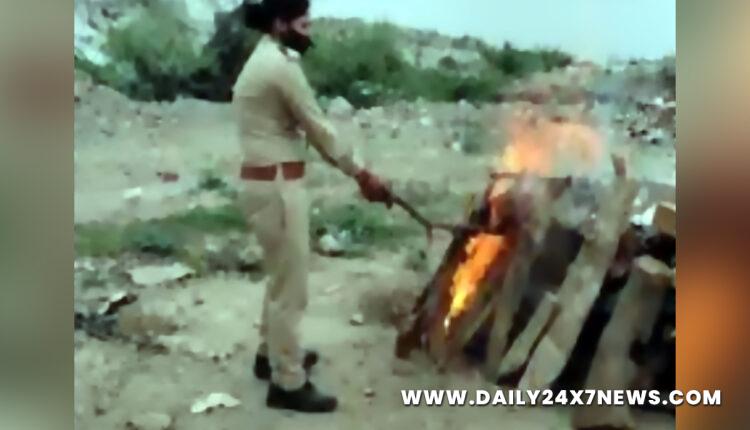 Mathura (Uttar Pradesh) : A female constable in Mathura cremated the body of an unidentified young woman, which was found in a canal on April 11.Shalini Verma, 25, posted at the Kosi Kalan police station, said that the decomposed body of the woman remained unidentified and so she decided to give the women a dignified farewell.The priest at the crematorium tried to stop her from lighting the pyre of the unidentified woman but she argued and managed to get her way.”Every dead person deserves respect,” said Shalini who belongs to Bulandshahr.Shalini had earlier been infected with Covid-19 and said that she did not have any fear performing the last rites in these times of crisis.A postgraduate in Economics, she said there is a need to change the conservative mindset of society that last rites cannot be performed by a woman or they cannot visit a cremation ground.”I have read books and the fact is that women don’t visit a crematorium ground because of fear,” she said.The daughter of a farmer, Verma joined the police force in 2016 and after training, she was posted in Kosi Kalan in September 2017. She has a younger sister who is pursuing her post-graduation from her hometown.