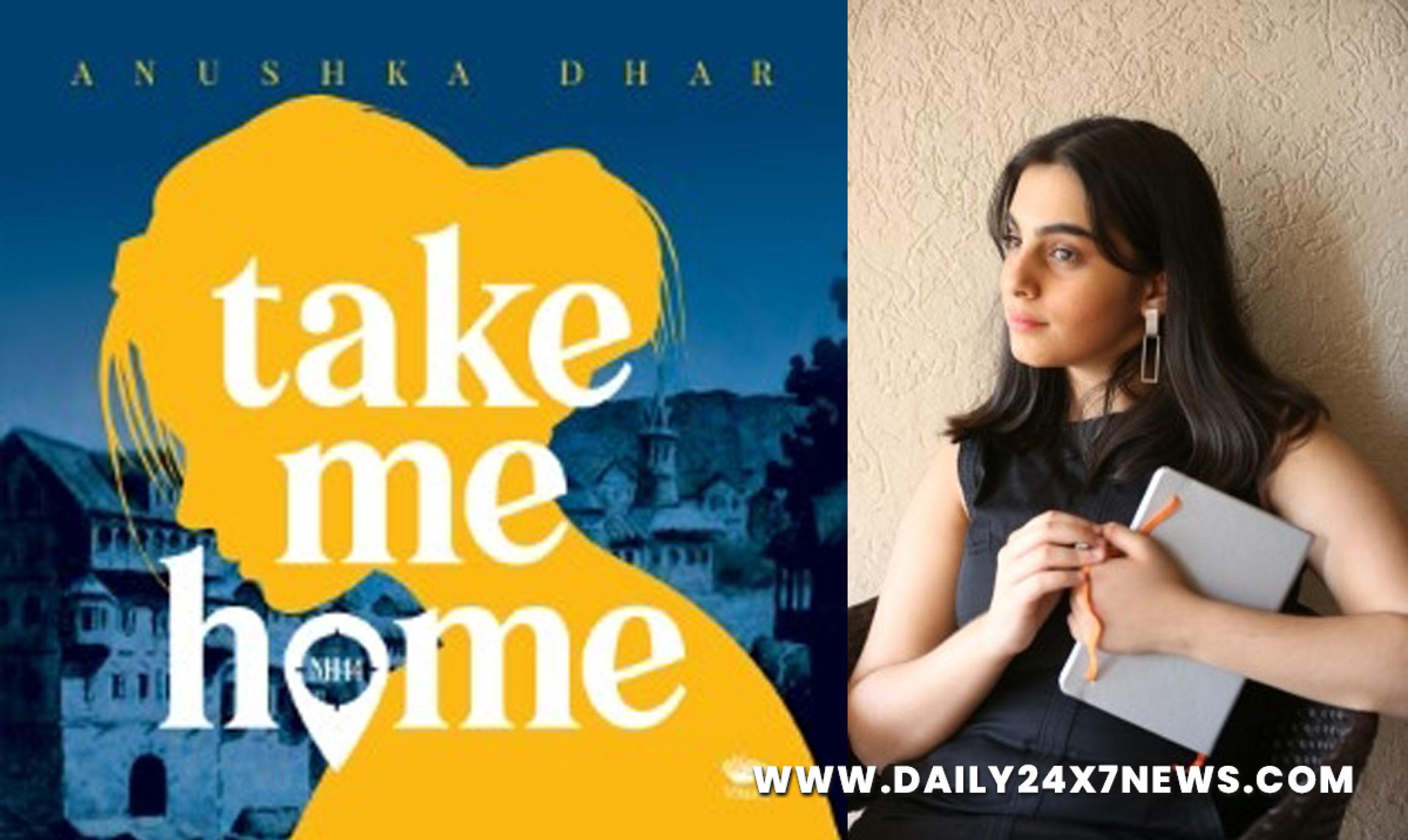 New Delhi : Writing a book on the exodus of the Kashmiri Pandits was “very emotional” because of the “ghastly details” that came to the fore and 16-year-old Anushka Dhar feels “humbled” to have shed light on the tribulations of a community forced to leave their homeland three decades ago. An eternal optimist, she also hopes to settle down in Kashmir someday, describing this as a “a full-circle moment” if and when it happens.”The research process was exciting. However, in all honesty, it was also very emotional, because a lot of ghastly details were brought to my attention. It was difficult to process some of the disturbing information knowing that my family had been through that — I was in a state of shock,” Dhar told IANS in an interview of “NH44: Take Me Home” (Vitasta) — the route the migrants took while leaving the Kashmir Valley and along which she hopes someday to return.”Writing is something that has always attracted me; I don’t think there is a particular incident or moment that pinpoints my transition into being a writer, but rather many things in my life guiding me down the literary path. Studying the IB curriculum — which is very demanding in terms of writing — influenced me, as I was exposed to rigorous writing in various forms at a young age,” all of which stood her in good stead in penning the book, the Mumbai-based Dhar explained.”Also, I thoroughly enjoy reading and, over time, began writing as a hobby — stories, poems, comics, letters, etc. So, with time and experience, I was drawn closer to writing” and over a two-year period, used a myriad of sources which included primary sources like interviews with survivors of the exodus and secondary sources like articles, documentaries, informational videos to put together the book.She was also mentored by a prominent Kashmiri political figure, Ashoke Pandit, “who was able to give me a holistic idea of the Kashmiri Pandit exodus and resettlement. He was incredibly helpful in the research phase of the book, as he shared a lot of informative sources with me,” Dhar elaborated.
Placing that traumatic experience in context, she offers a panoramic view of the history of the region, emphasising the injustice that continues to haunt the psyche of those who went into exile. Having left all worldly possessions behind, they struggled for years to find their feet and later spread all over the world to build new lives for themselves. ‘NH44: Take Me Home’ expresses the yearning and sentiment they all feel for their lost, but not forgotten, home.”The title is representative of the yearning of the Kashmiri Pandit community to return home after three decades in exile,” Dhar said.NH44, beginning in the state capital, Srinagar, connects Kashmir to other Indian states like Punjab, Delhi, Telangana, Uttar Pradesh, Maharashtra and many more. It was used by Kashmiri Pandits to flee Kashmir during the exodus; it was the route that led them out of Kashmir to the lives they live today. ‘NH44: Take Me Home’ expresses the shared sentiment of returning home to the Valley, using the same route/national highway that led many of them out of the Valley during the exodus.”I feel accomplished and proud, but most of all I am humbled to have the opportunity to shed light on the Kashmiri Pandit narrative. Additionally, I am excited for people, especially the younger generations, to learn about the Kashmiri Pandit story; I am hopeful that they will take forward the dialogue initiated by the older generations,” Dhar said.
Does she see herself returning to and settling down in Kashmir someday?”That’s the hope! While I plan on focusing on my career in the foreseeable future, I would like to settle down in Kashmir someday — that would honestly be perfect. It would be a full-circle moment if I started an apple orchard with my family in Srinagar, as my father and his family owned various apple orchards prior to the exodus,” Dhar said.For the moment, however, she intends to make a career in the film industry following in the footsteps of her father, Deepak Dhar, the co-founder and CEO of the Banijay Group, whose bouquet of TV and OTT content includes “ARRived”, “Roar of The Lion”, “The Kapil Sharma Show”, “Masters of Taste with Gary Mehigan”, “Hostages”, “Myntra Fashion Superstar”, “Into The Wild With Bear Grylls”, and “The Voice India”. Would this include both documentaries and feature films?”I have always been keen on joining the film and television industry to share meaningful stories such as that of the Kashmiri Pandit community and spark progressive conversations. While I am drawn to feature films more than documentaries, I would like to imagine that I would work on both at some point in my life,” Dhar maintained.How does she see the future for Kashmiri Pandits in the ‘new normal’ of a post-pandemic world?”Considering Kashmiri Pandits are living and thriving across the world today, it’s difficult to envision the ‘new normal’ as the same for all of us. However, I do feel that the Kashmiri Pandit community as a whole will continue to be hopeful of returning to their homeland when given the opportunity.”The Kashmiri Pandit community has overcome the toughest of challenges to emerge victoriously. And while the pandemic is an unprecedented challenge, I am sure that the undying Kashmiri Pandit resilience will get the community through the pandemic too,” Dhar asserted.

Global conditions ideal for more Covid variants to emerge: WHO