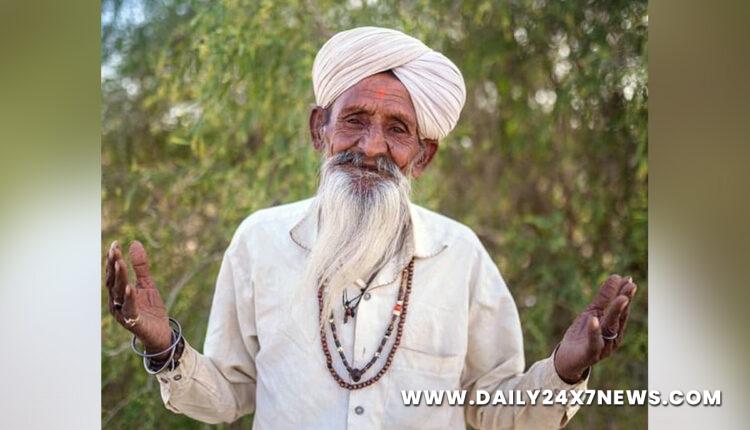 Jaipur : Half a century after having to part with the love of his life, a visiting Australian tourist, over the question of where they would stay after marriage, the rekindled romance of an 82-year-old man, only identified as the ‘gatekeeper of Kuldhara’, a “haunted village” in Rajasthan’s Jaisalmer, has sparked widespread interest from various parts of the world.The man, who shared his story on a social media group without revealing his identity, is ecstatic after his girlfriend, who he identified as Marina and whom he had even travelled to Melbourne to meet in the heydays of their love story, reconnected with him out of the blue, and promised to come soon to meet him.”Ramji ki kasam, I feel like I’m 21 again! I don’t know what the future holds, but knowing that my first love is back in my life and talks to me everyday is a feeling I can’t explain,” the excited man said, as per his account on Facebook page of the ‘Humans of Bombay’.His story evoked huge interest from readers all over the world, anxious to know further developments in the long-lost, long-distance romance.Australian citizen Debbie Jones posted: “Tuning in from Australia. Please do a follow up on this story! I can understand not wanting to leave your incredibly rich culture and the home you love, Sir. Wishing you and Marina happiness in these golden years.Another social media user says: “Please can we know what’s Happening once they meet again.. I really need to see photographs of them.. I really want to believe they will love again. I am in tears seeing a soul connection that never got fulfilled and i am still hoping it will.”Many others also gave their best wishes to the “couple”.The man had spent most of his life in Kuldhara working as a gatekeeper and recently shared his first and last love story on social media.”I was in my 30s when I first met Marina — she had come to Jaisalmer all the way from Australia, for a desert safari.
It was a 5-day trip and I taught her to ride a camel! This was the 1970s — ‘un dino, pehli nazar mein bhi pyaar ho jata tha (in those days, it used to be love at first sight)!”And that’s exactly what happened – for both of us, it was love at first sight. Throughout the trip, we couldn’t take our eyes off each other. And before leaving for Australia, Marina said the three magical words to me, ‘I love you’. I went red! Nobody had said those words to me before. I can never forget that day – I was feeling so shy that I couldn’t utter a word in response to her confession!””But she understood and we stayed in touch”. “After Marina flew back, she’d write to me every week. And a few weeks later, she invited me to Australia –I was over the moon!”Without informing my family, I took a loan of Rs 30,000, bought a ticket to Melbourne, arranged for a visa and flew to be with her. Those 3 months were magical–she taught me English, I taught her ‘ghoomar’. But then she said, ‘Let’s get married and settle in Australia!’– things got complicated.”I wasn’t ready to leave my motherland and she wasn’t willing to move to India. I told her — ‘This can’t work long term’, and we decided to part ways. She cried a lot the day I left, but I had to let her go.”Then, life moved on. A few years later, owing to family pressure, I had to get married. After, I took up a job as the gatekeeper of Kuldhara, the abandoned ghost town near my village to fend for my family. But quite often, I’d find myself thinking about Marina — Would she have gotten married?, Will I ever see her again?’ but I never had the courage to write to her,” he says.”As time passed, memories faded; I got busy with family responsibilities. And then 2 years ago, my wife passed away. All my sons were married and had moved out. And here I was, an 82-year-old man, gatekeeping India’s haunted village.””And just when I thought that life couldn’t surprise me anymore, it did! A month ago, out of nowhere, Marina wrote to me. She asked, ‘How are you my friend?’; I had goosebumps. After 50 years, she found me! Since then, she’s been calling me everyday; we have so much to catch up on!”She told me that she’d never gotten married and that she’s coming to India soon.”