Turkey-based author Ann D’Silva has launched her new book “Child of Two Worlds”, which is second in the fictional ‘Sand and Sea’ series, which features the protagonists and immortal lovers ‘Kum’ (sand) and ‘Deniz’ (sea). The book was launched online last week on Amazon. 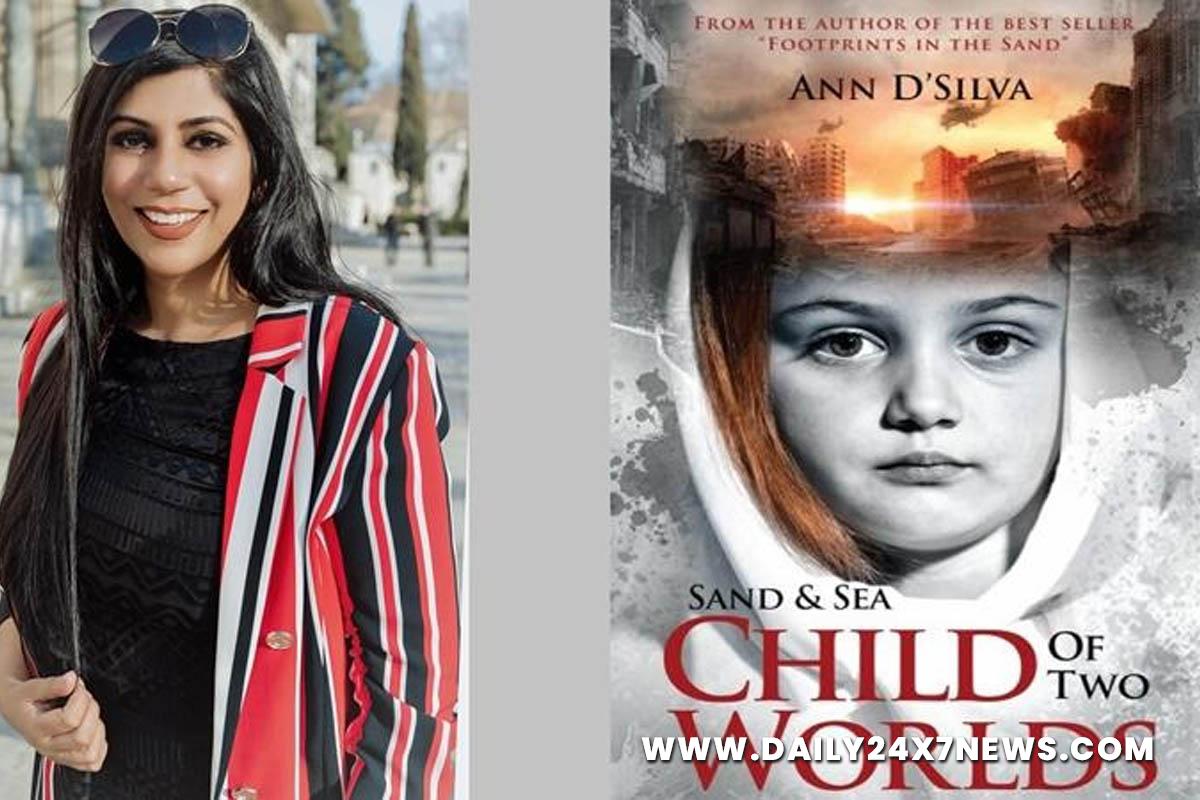 New Delhi : Turkey-based author Ann D’Silva has launched her new book “Child of Two Worlds”, which is second in the fictional ‘Sand and Sea’ series, which features the protagonists and immortal lovers ‘Kum’ (sand) and ‘Deniz’ (sea). The book was launched online last week on Amazon. It is about true love which is ever entwined with a higher calling. The majestic sand and the mysterious sea are immortal lovers, protectors, guardians of the path of Good (”Taqwa”) against Evil (”Fujur”). A series on two soulmates and nature’s connection to love, the trilogy is also a travelogue across Turkey and India, tapping into cultures, places and human connections. According to the author, the second book individually deals with some global issues like the displacement of families of Syrian refugees, adoption and the importance of respecting nature. The author talks about the characters in the book: “Ozcan Gunes, a young boy with simple desires finds himself on a path conflicting with his identity. His longing for his soulmate from his dreams grows over the years. Junaid, an unfortunate lad from the war-torn Syrian land, sees his fortunes take a turn when destiny crosses his path with a kind Imam, who offers him education and a better life. Hannah, a Mumbai girl, seeks the love of her life in a faraway land, heeding to the call from her dreams and embarks on a journey to find him, in Turkey.” The book takes one on a journey to mystical places, sights of historic ruin, experiences of pain and joy, swim in the lyrical flow of poetry and much more. Travel through the portal of Deniz in high tide across parallel lives. Karmic debt follows the protagonists as the war between Fujur and Taqwa brews at the shores of Dalyan and the hidden mystery of the countless grains of sand is revealed. This book individually also taps into global issues like the loss of dignity through war, the displacement of the Syrian refugees, the heart connection of adoption and the importance and respect to nature. The author hails from Mumbai and she has spent over two decades in the corporate world in senior management roles across the globe. She relocated to Turkey in 2019 and lives in Istanbul. Sand and Sea: Child of Two Worlds is her second book from the trilogy, and her first book, Footprints in the Sand, is translated in Turkish.