Inaugurates oxygen plant and reviews developmental scenario in the district 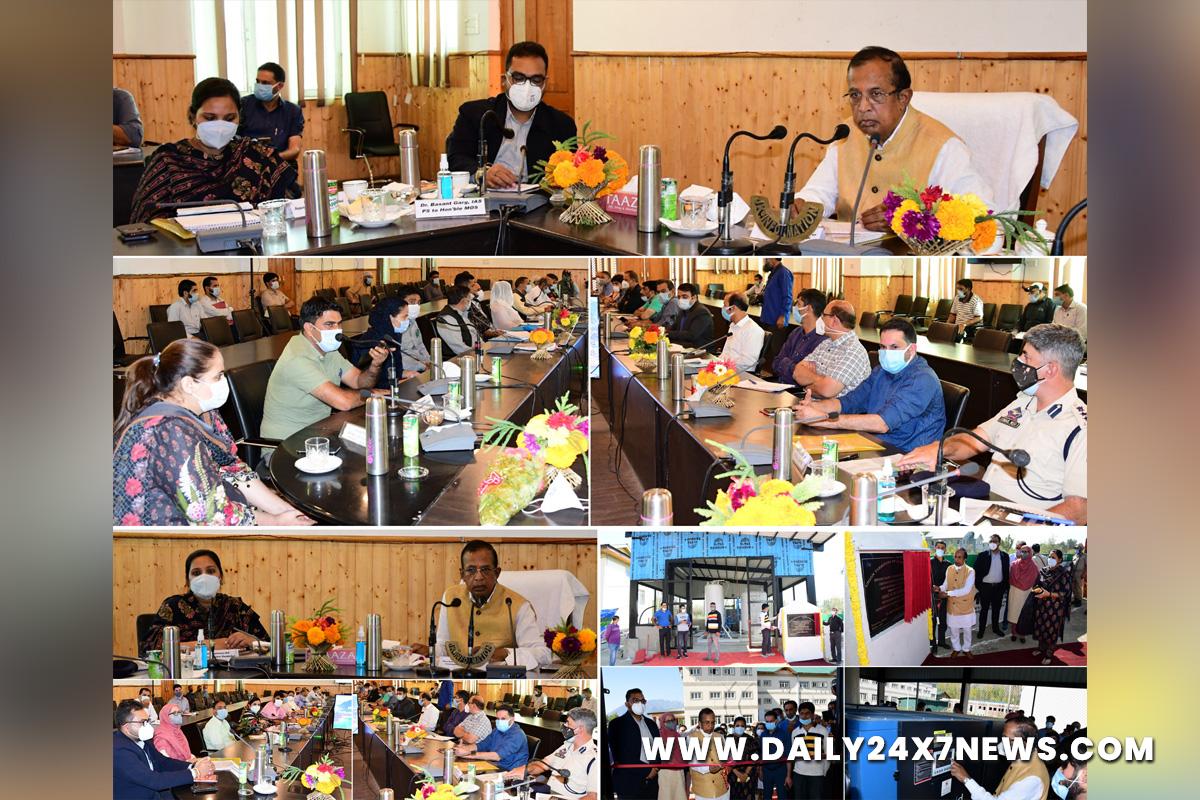 Ganderbal : Union Minister of State, for Industries and Commerce, Shri Som Parkash today inaugurated a Medical Oxygen Plant of 1000 LPM capacity installed at District Hospital Ganderbal established under PM Care fund.Meanwhile, the minister chaired an introductory meeting with the district administration and also reviewed the progress on various ongoing developmental projects and schemes in the district.Which assessing the achievements, the Minister appreciated the district administration for its commendable work in Covid mitigation, vaccination and implementation of welfare and developmental schemes in the district. He advised the officers to work with positive attitude and dedication for all round development of the district.

While reviewing the progress achieved under various flagship schemes in the district, the minister said that it is the dream of Prime Minister to provide basic needs to the downtrodden sections of the society and work for their socio-economic development by taking advantage of schemes like AYUSHMAN BHARAT, Housing for All, SBM, PMAY, KCC, PM-SYM and many more.While interacting with the members of DDC delegation, the minister said that the Central Government’s initiative of public outreach in J&K has been rolled out with the objective of bridging the gap between government and public and to ascertain the needs of the locals so that the same may be fulfilled in a better and effective manner. He said that Union Government is paying dedicated attention towards the development of the UT with special focus on remote and far-flung areas.Shri Prakash urged the PRIs to generate awareness among local youth about skill development programmes, new industrial policy and financial assistance schemes which are launched with the purpose to ensure development at the village level. He sought better cooperation among elected representatives and civil administration in this regard and urged everyone to contribute for development of J&K.Earlier, the minister paid obeisance at Kheerbawani Shrine Tulamulla and also interacted with officials of the district administration.