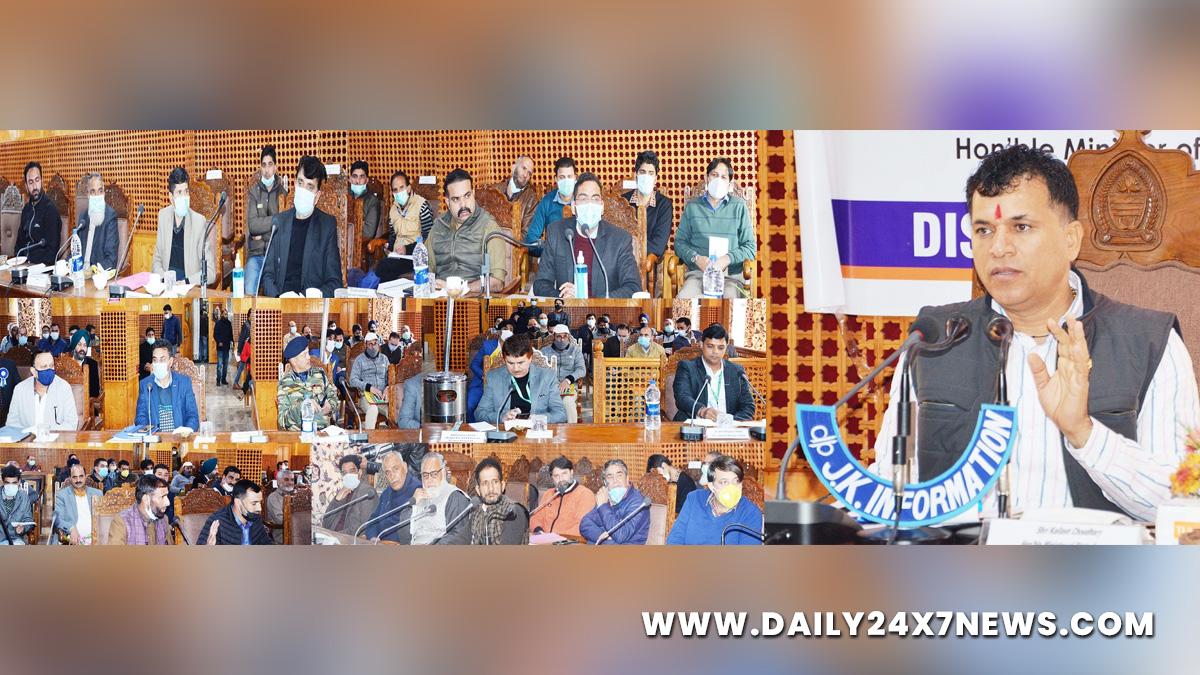 Shopian : The Union Minister of State for Agriculture and Farmers Welfare, Kailash Choudhary today visited Shopian district as part of the Union Government’s ongoing Public outreach programme.The Minister e-inaugurated 100 bedded Girls Hostel Zainapora constructed at the cost of Rs 306.34 lakhs under RMSA by R&B Division Shopian. He also inaugurated Double storeyed NTPC Takya Imamsahib coming up at an estimated cost of Rs.234.38 lakh under PMDP and laid e-foundation stone of Transit accommodation for Tribal population being constructed at cost of Rs.350 lakhs.On the occasion, the Minister said that the Central Government is committed to improve the agriculture sector of Jammu and Kashmir and suggested the use of latest technology to increase agricultural productivity. He said a lot of schemes have been introduced to improve the overall performance in Jammu and Kashmir and a target has been set to provide every possible help to boost the agricultural sector.The Minister appreciated the District Administration for achieving and completing all the developmental projects within the shortest possible time frame.

Later, the Minister interacted with public delegations who raised several demands and issues pertaining to their respective areas. The Minister assured the delegations of timely resolution of their grievances on priority basis.Interacting with the delegations, the Minister said that the central Government is implementing various developmental plans for the overall development of J&K and urged people to take benefit from various schemes launched in this regard.Sharing the vision of the Prime Minister, he said the “Sabka Sath Sabka Vikas” slogan by the prime minister is not merely a slogan but a mission that will ensure the paradigm shift in the socio-economic condition of the people who belong to the weaker sections of society. He said the special hand-holding of the under-privileged communities will help in making the lives of the people better.Deputy Commissioner, Shopian, Sachin Kumar Vaishya, Senior Superintendent of Police Amritpaul Singh, Additional District Development Commissioner Mohammad Yousuf Mir, Additional Deputy Commissioner, Mushtaq Ahmed Simnani, Joint Director Planning Khursheed Ahmed Khatana and other senior officers of the district were present.