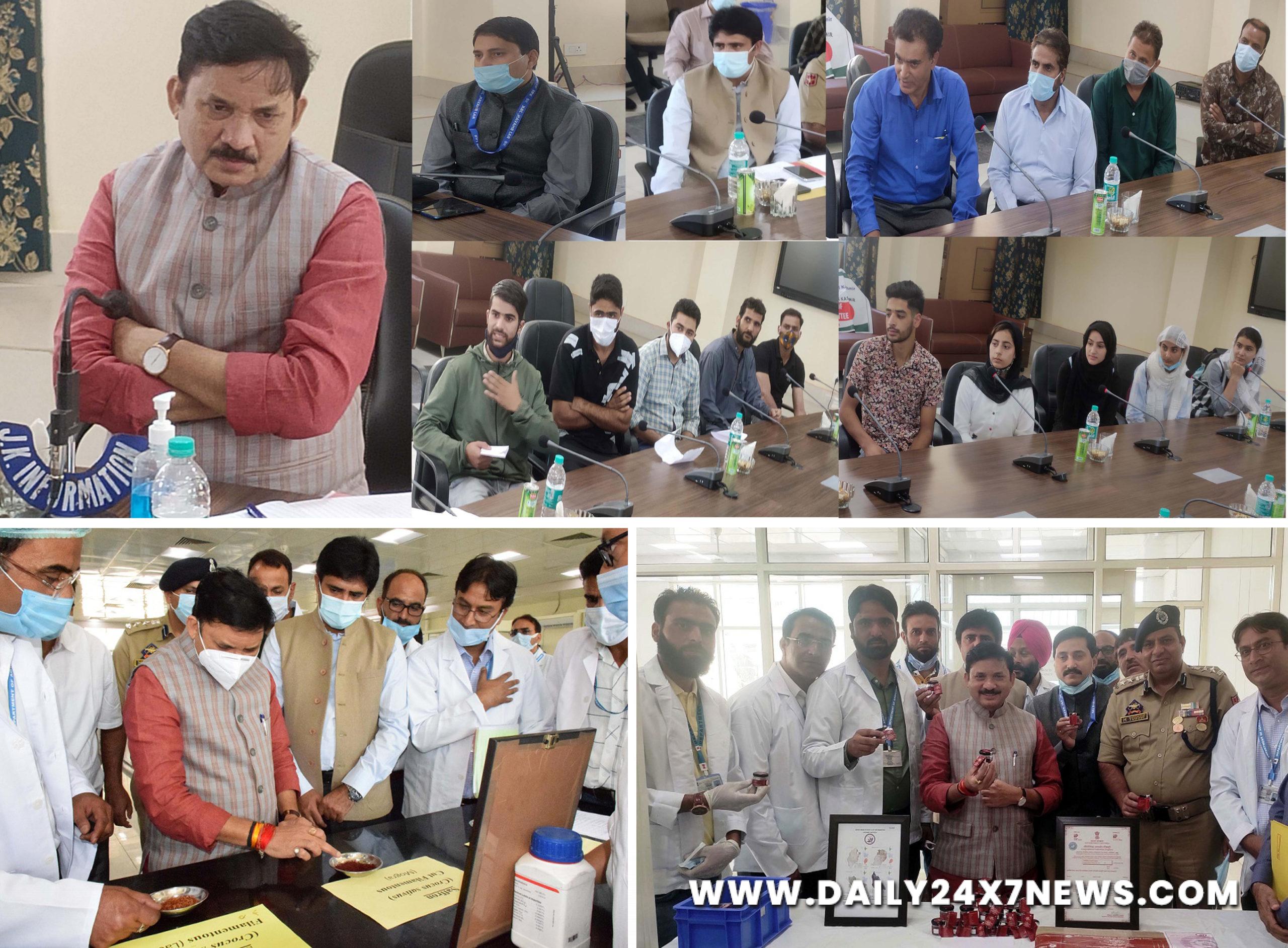 Pulwama : Under the Union Government’s public outreach programme, the Union Minister of State for Communications, Devusinh Chauhan had a detailed visit to Indian International Trade Saffron Spice Park, Pampore today where he inspected various departments of the processing unit.In addition to the Stigma Separation Center, the minister also inspected the drawing, grading, packing and E-Auction Centers at the park.On the occasion, the Minister said that the Central Government is ready to provide all possible help and support to the farmers. With the existence of Spice Park, the income out of saffron production of growers has doubled. Center will provide all kind of facilities and assistance to the farmers that will make the lives of our farmers prosperous, he added.

Shri Chauhan met various stakeholders, including Fruit growers, NRLM beneficiaries, Youth, Sports, Traders Association, Industrial Unit Holders and listened to their issues. The delegations put forth their demands and projected many other issues of public concern.The union minister also spoke to delegations, who presented grievances before the Minister. They were assured that the government will take up the issues on priority to resolve the legitimate demands of these delegations.Government of India has already been working on various flagship programmes aimed at uplifting socio-economic status of the people, Shri Chauhan said. A number of new schemes are also in the pipeline and that the need of the hour is to generate a massive awareness regarding all welfare schemes so that the benefits of these schemes could reach the grassroots level, he further emphasized.Director, Information & Public Relations, Shri Rahul Pandey; Deputy Commissioner Pulwama Shri Baseer Ul Haq Chowdhary, Joint Director Information Kashmir Inam Ul Haq Siddiqui and other concerned officers were also present on the occasion.