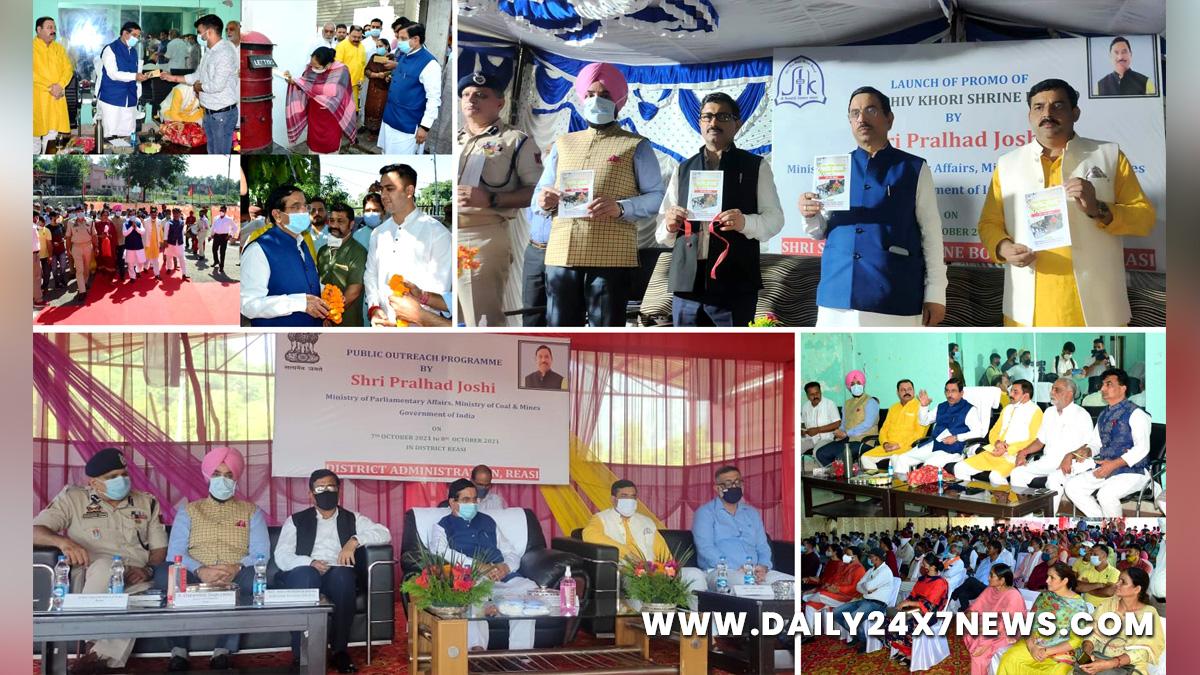 Reasi : Union Minister for Coal, Mines and Parliamentary Affairs, Pralhad Joshi, today visited Reasi district as a part of public outreach initiative launched by the Central government for Jammu and Kashmir.Addressing the public, he said that the Union Government is making strenuous efforts to ensure that benefits of the developmental and welfare schemes reach all sections of the society without any discrimination. “Ensuring prompt public delivery system by all the departments is one of the focused areas of present government”, he said.Maintaining that the Central Government is committed to the development of the Union Territory of J&K, the Minister said that the purpose of his visit is to assess progress on the implementation of government schemes on ground and seek feedback from the public. He added that Ayushman Bharat scheme is an initiative of the Prime Minister to take care of health of poor so that they should not be deprived of medical treatment for lack of financial resources.

Delimitation has started, elections soon in…

The Union Minister advised the PRI representatives to effectively monitor the projects being executed in their respective areas so that the government’s goal of transforming the rural landscape is achieved in full. On the occasion, beneficiaries of Ujjwala Yojna, Ayushman Bharat and Mumkin expressed their gratitude to the Prime Minister for launching such people friendly schemes.Responding to the public demands, Union Minister assured that all their issues and concerns will be looked into for redressal on priority basis.Earlier, Deputy Commissioner, Charandeep Singh, briefed about the achievements and steps being taken by the district administration towards ensuring transparent, accountable and responsive governance to public at the doorsteps.The Union Minister was accompanied by Union Additional Secretary, Parliamentary Affairs; Secretary Law; DDC Chairman, Reasi; Special Secretary Law; Additional Secretary, Law Department and other senior officers of the concerned departments.