Those behind recent civilian killings would soon be exposed : J&K DGP 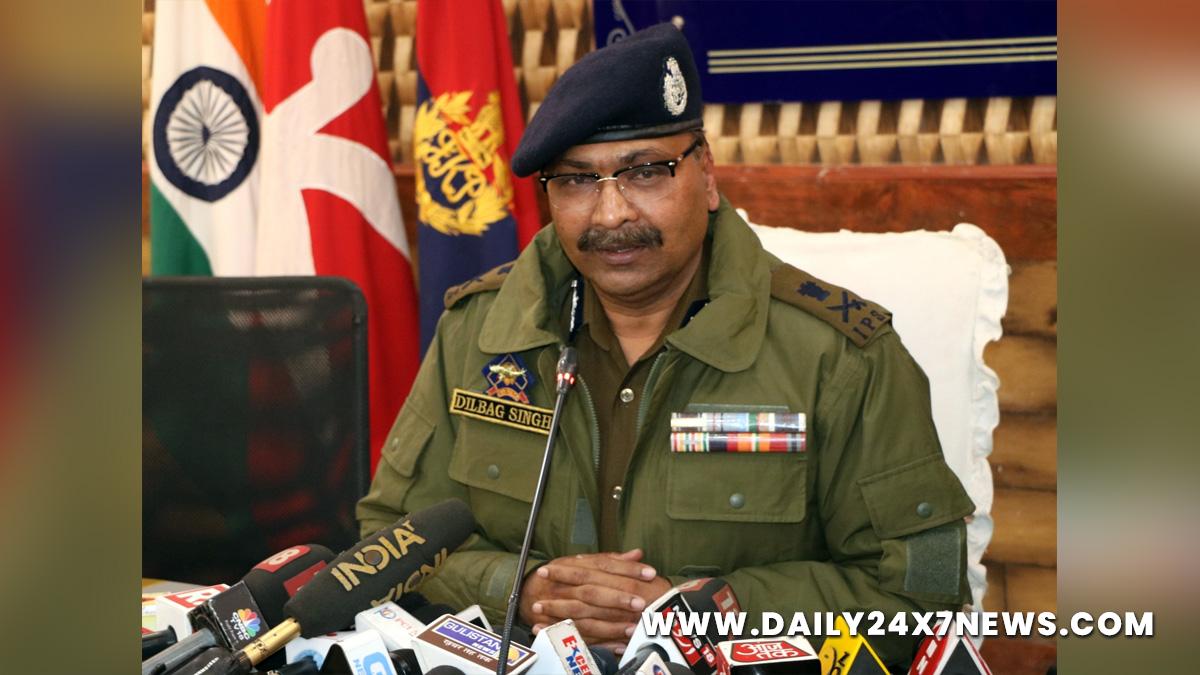 Srinagar : Jammu and Kashmir Director General of Police (DGP), Dilbag Singh said on Thursday that those behind the recent civilian killings will soon be exposed.Speaking to media persons after two school teachers were killed by terrorists in the Eidgah area of Srinagar city on Thursday, the DGP said, “Those behind the spate of civilian killings would soon be exposed.”These acts of cowardice are an attempt to damage communal harmony and brotherhood in Kashmir Valley.”Militants are targeting innocent people who are engaged in social service and have nothing to do with anyone.”There is an attempt to create an atmosphere of fear and to give communal colour to such killings so that the communal brotherhood in Kashmir is damaged.”We regret such killings. We are working on the cases which happened earlier.”Srinagar police has got many clues and very soon we will expose these people who are targeting humanity, targeting local ethos and brotherhood among people.

“This is a conspiracy to defame Kashmiri Muslims. This is a conspiracy to target those who come from outside for livelihood.”This is an attempt to prevent steps towards peace and I am hopeful that people of Kashmir along with us will expose this conspiracy”.Asked if the school staff revealed anything about Thursday’s killings as these were carried out inside the school premises, the DGP said, “The staff is in fear. Their colleagues have been targeted. Rest assured that the police are working on it and very soon we will expose the killers”.Earlier in the day, two teachers were shot and killed by terrorists in a government higher secondary school in the Eidgah area. Police sources said the terrorists fired from close range at the two teachers.Reports here said among the slain teachers, was the principal of the school, Supinder Kaur and a Kashmiri Pandit teacher, Deepak Chand.Thursday’s killings come two days after the terrorists shot a local Pandit, M.L. Bindroo, a non-local vendor and a taxi driver in Kashmir.

‘Who are accused, whether arrested or not’: SC seeks answers on Lakhimpur Kheri violence