Issues of Public importance, various demands brought into the notice of Advisor 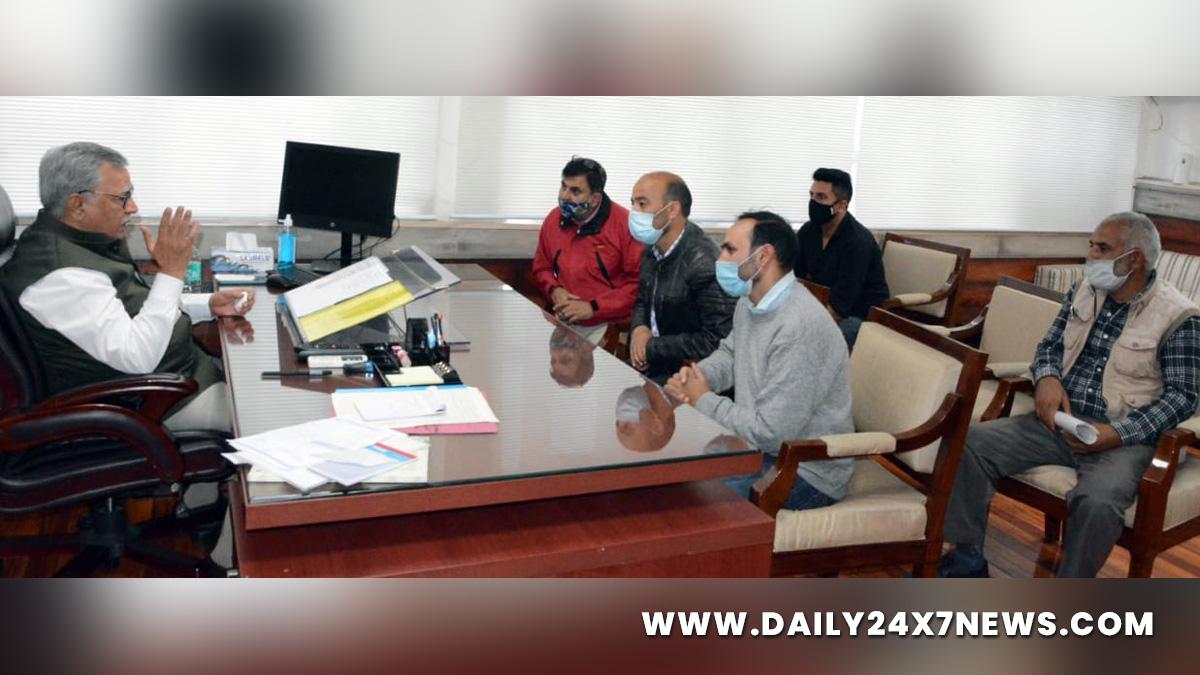 Srinagar : A number of delegations and deputations besides, individuals called on Advisor to Lieutenant Governor, Farooq Khan here today. They put forth a series of demands, Public issues before the Advisor.A delegation of PRIs of District Ganderbal led by Bilal Ahmad Bhat, Panch, Panchayat Halqa Shalbugh, Ganderbal met the Advisor and put forth the demand for construction and development of Sports stadium at Shalbugh besides providing of Sporting equipments. They also requested for provision of a new transformer for PHC Shalbugh.A delegation of Employees of State Co-Operative Bank comprising of Senior Functionaries of the bank also met the Advisor and put forth the demand of giving boost to the State Co-operative Bank by taking several initiatives. The Advisor asked them to come with a comprehensive plan by virtue of which the Bank can be taken on modern lines.A delegation of Labour Union also called on the Advisor and raised various issues pertaining to construction Labourers/Workers. They also suggested some initiatives which can be taken for the over welfare of the Labour Community.The Advisor gave a patient hearing to all the deputations and assured them that Government is committed towards the welfare of all the weaker sections of the society particularly Labour Community.

Minimum temperatures drop in J&K, Ladakh; Drass freezes at minus 10.4