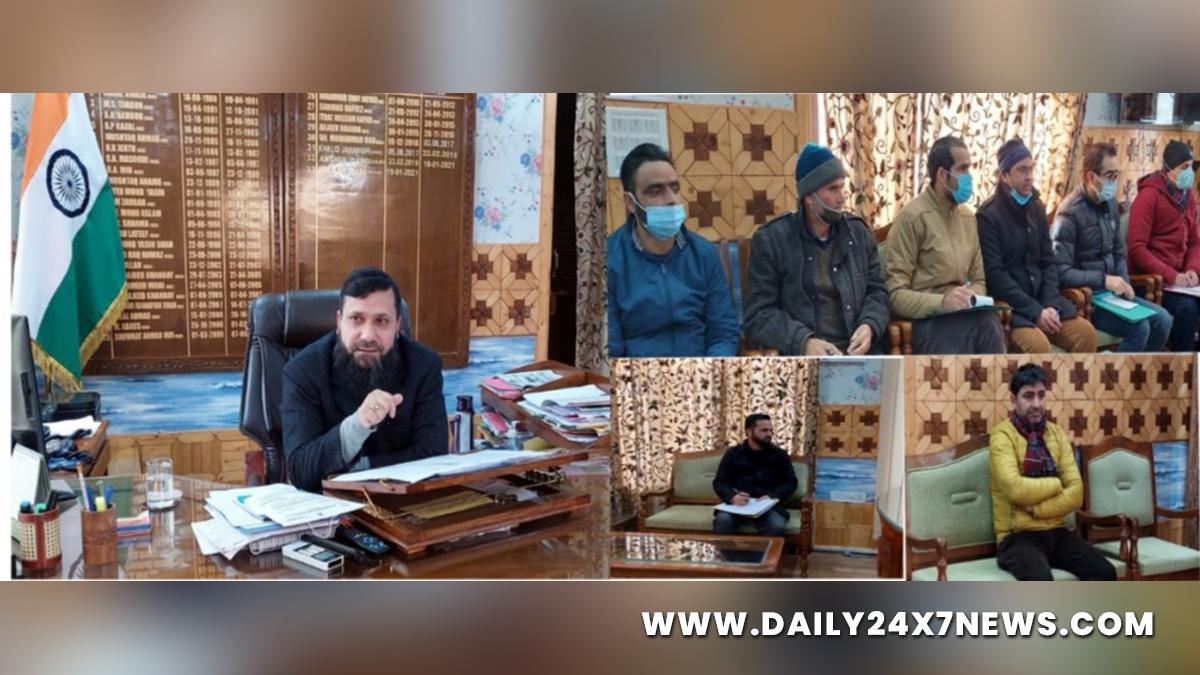 Kupwara: Deputy Commissioner(DC), Kupwara, Imam Din today chaired two separate meetings of District Level Implementation Committee(DLIC) for Tejaswaini the Radiant (TWR) and Mumkin Scheme (MS), here in his Office Chamber.The meetings held threadbare discussion for proper implementation of both the schemes in the district.It was given out in the meeting that as many as 78 cases of unemployed eligible female entrepreneurs of Kupwara district were brought before the Committee for approval under TEJASWAINI , while as 117 cases were brought under Mumkin Scheme.The Committees after detailed review approved all the Project Proposal cases under TEJASWANI and Mumkin Schemes for further process of action at JKEDI and Mission Youth.It was informed that JKEDI has to provide proper training and preparation of Detailed Project Reports. While as financial support shall be provided by Mission Youth.Highlighting the importance of the scheme, the DC ,who is also Chairman DLICs said that “TEJASWINI” scheme is aimed at to provide financial assistance to young women entrepreneurs for setting up profitable self-employment ventures suited to their skill and training aptitude. He said the purpose of the scheme is also to empower and encourage young women of the district to start their business for income generation activities either in manufacturing, service, trading or small business to earn livelihood.

The DC directed the concerned officers to conduct special awareness camps at border blocks of Tanghar, Teetwal, Keran and Machill and ensure that eligible youth both male and female are registered to avail benefits under these self employment schemes. He asked them to hold 100% saturation in these border areas as there are clear directions from the Government.During the discourse of the meeting, it was observed that 19 candidates have opted for ‘Kiryana’ business which needs to be changed. The DC stressed for proper training and counseling of the candidates so that the trend for opting common business units is changed. He urged for option of new type business units so that sustainability and future success is maintained.Under Mumkin Scheme, proposals were sought for introducing new commercial vehicles. The DLIC for Mumkin Scheme discussed at length and recommended that the new commercial vehicles should be of that kind which are feasible for topography of Kupwara district, which is hilly in nature.Among others, officers and representatives of District Industries Centre, Kupwara, District Social welfare Officer, ARTO, District Information Officer, Career Counseling Officer DECC , Nodal Officer EDI attended the meetings.