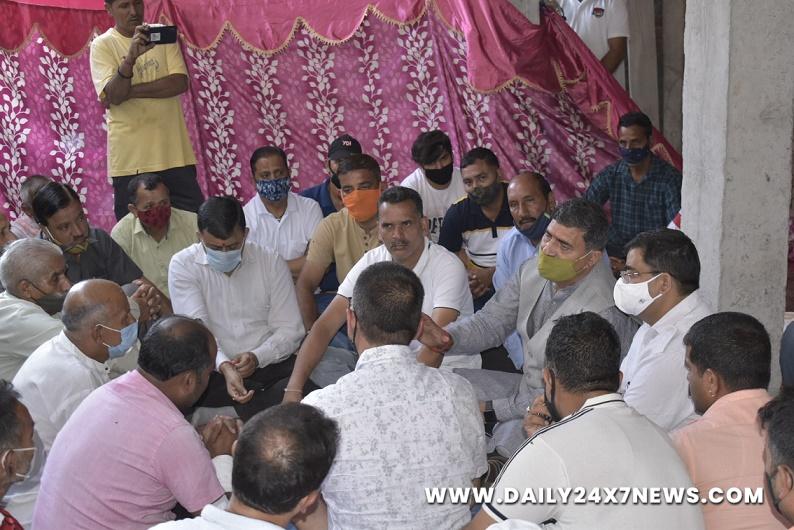 Rajouri : Member of Parliament, Jammu- Poonch Lok Sabha constituency, Jugal Kishore Sharma today met with a Grenade attack victim family at Rajouri.The MP condemned the terror attack and asserted such cowardly acts would not deter efforts of security forces to bring peace in the district.While interacting with the victim family, the MP said that although their loss is irreparable, the Government stands with them in this tough hour.

He assured them of every possible support.It was also decided that the name of the Khandli Chowk would be changed to Veer Chowk after the name of the two year child Veer Singh, who lost his life in the grenade attack.The MP was accompanied by the Deputy Commissioner Rajouri, Rajesh K Shavan; ASP, Vivek Shekhar; Ex MLC Vibod Gupta and ward counsellor, Rajinder Gupta.

Mrunal Thakur on going back to a’hectic schedule’