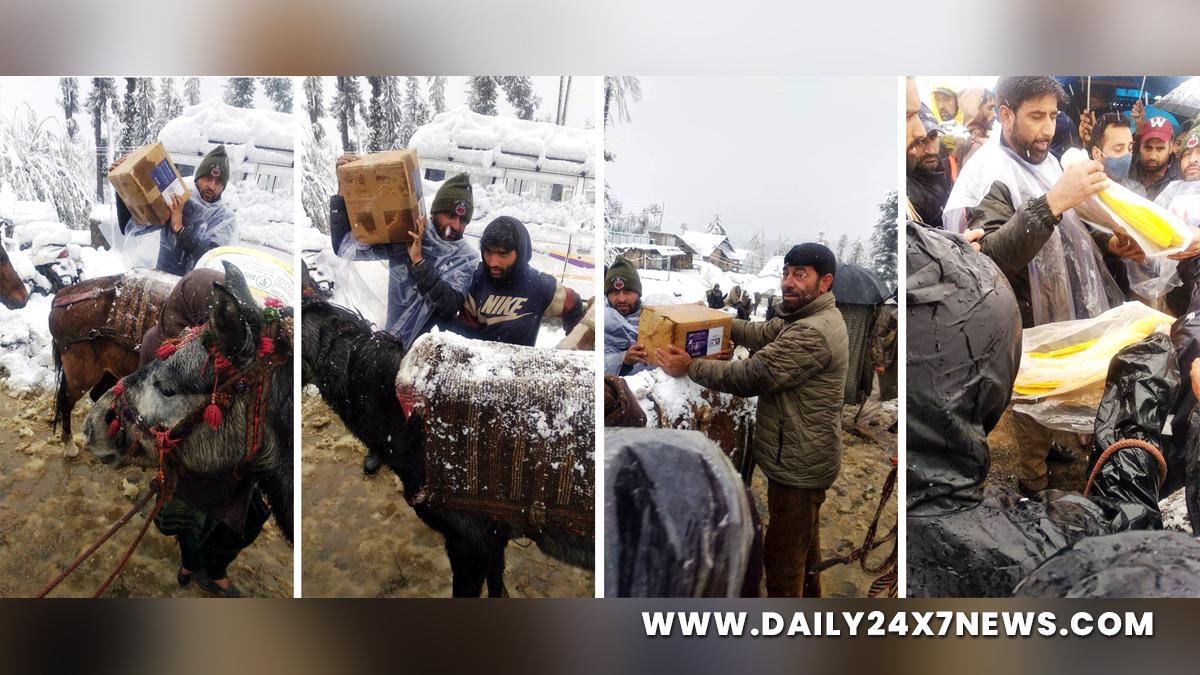 Pulwama (Mudasir Maqbool) : Acting swiftly on a distress call through helpline grid, from the hilly area of Sangarwani Pulwama quoting that some families of nomads have got stranded in the upper reaches of Namblan, Gaadar and Anderkhal beheks, who are struggling badly for food, fodder and shelter, SSP Pulwama Shri Gh Jeelani-JKPS directed Dy SP Headquarters Shri S M Shafi- JKPS to prepare rescue teams for rescue operation and and also liaison with civil administration for logical assistance.Taking SHO Police Station Rajpora Inspector Basharat Ali into loop, a joint team of the Police Station Rajpora and SDRF Pulwama was despatched for the rescue operation. On reaching the said areas teams which comprised police officials, representatives from civil administration and local civil volunteers, started a planed operation.

The tents of most of the families were found drastically damaged due to snowfall, cattle were striving for fodder and children were trembling with cold. The families were shifted to safer places, ration and humanitarian aid was distributed among the needy souls besides providing them fodder for their cattle. More than 200 souls got benefitted from the said rescue operation.General public is requested not to venture out into such places which are full of risk and also all precautionary measures be taken to survive the wrath of inclement weather. In case some exigency kindly contact the phones given in the helpline directory.