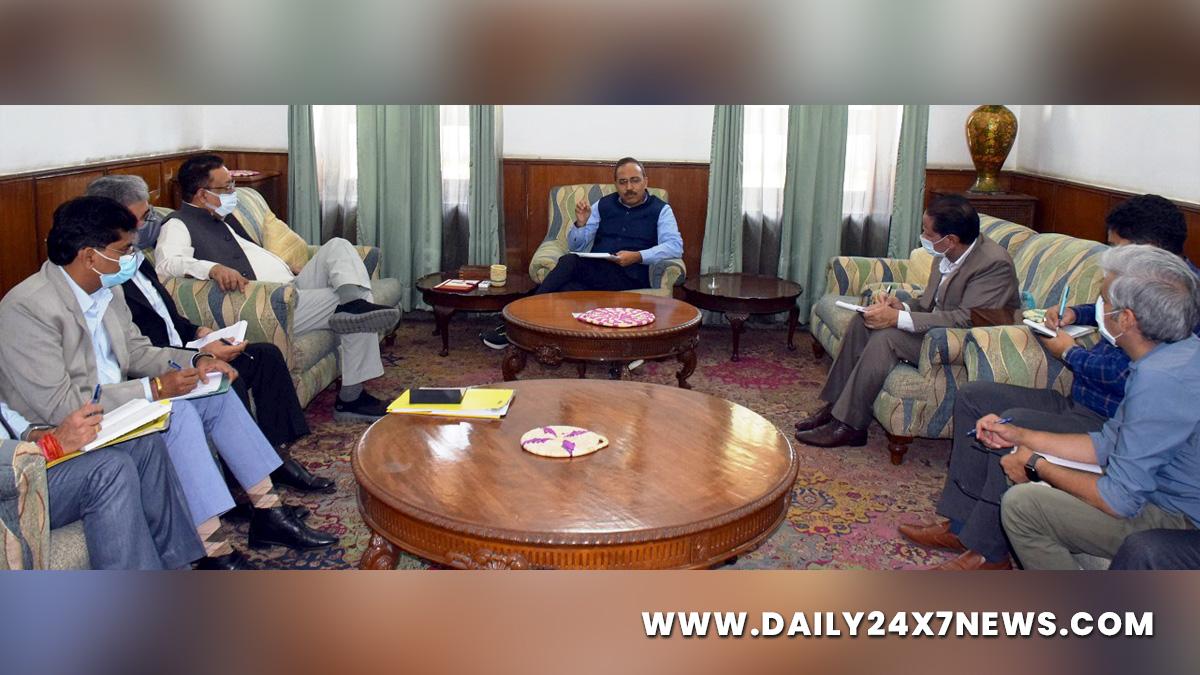 Jammu : Principal Secretary, Animal, Sheep Husbandry and Fisheries, Navin Kumar Choudhary, called on Union Secretary Fisheries, Jatindra Nath Swain here today.Principal Secretary apprised the Union Secretary of huge potential of Fisheries sector in Jammu and Kashmir. He explained that Trout fish could become the next big exporting product of J&K after apples. In this regard, planning and preparations are being done to create a supply chain to help export local trout to various markets all over India, he added.Navin Choudhary informed that 25 percent air freight subsidy is being provided to farmers and orchardists of J&K for carrying their products to other parts of India. He also informed that entrepreneurs are being motivated to set up plants for improved and sturdy packaging material locally.

He further revealed that the department helps in planting fish seed and the panchayats have been given the rights to harvest the produce and earn from it.Principal Secretary sought support from the Union Secretary in perpetuating Recirculating Aquaculture System (RAS) in Jammu and Kashmir. He said that the same would further revolutionise the sector once robust power supply becomes available shortly. Union Secretary expressed satisfaction over the progress of fisheries department in the UT and called for increasing local consumption as well as exports vigorously. He stressed on improved packaging, cold storage facilities and enhanced modes of logistics. He also assured support from experts of Central Institute of Fisheries Technology (CIFT) as and when required.Director Fisheries, Bashir Ahmad Bhat besides other senior officers were also present on the occasion.