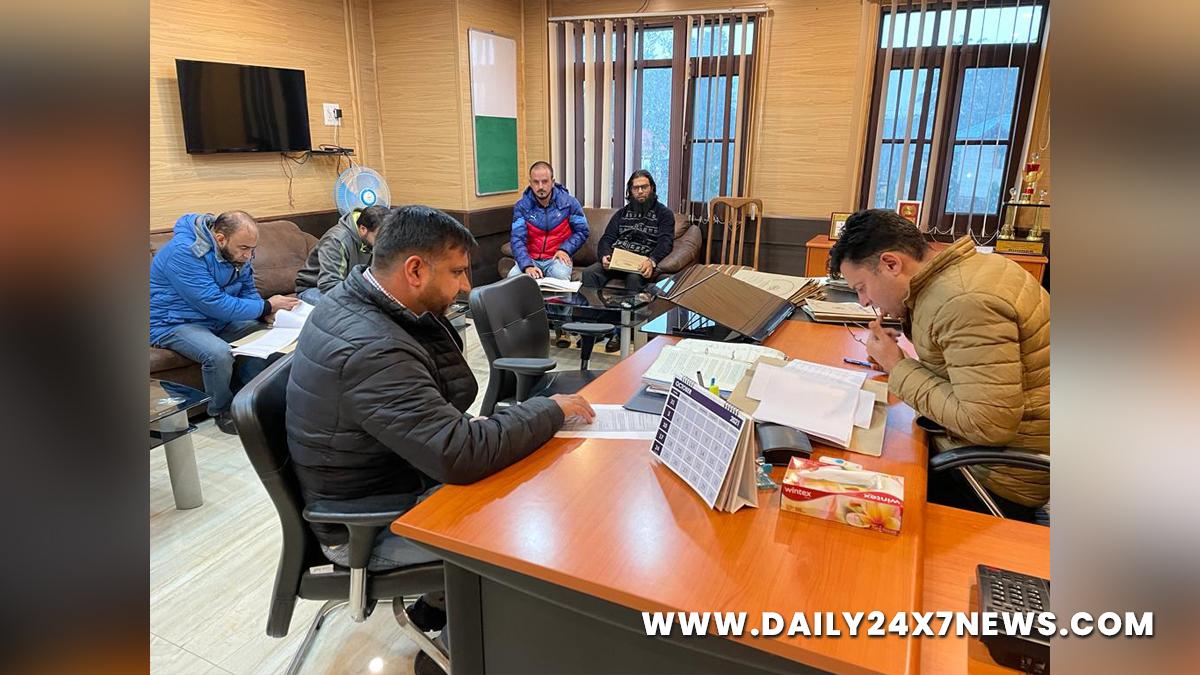 Srinagar : Jammu and Kashmir Entrepreneurship Development Institute (JKEDI), on Saturday held its 80th Steering Committee under the Himayat/Term Loan Scheme of National Minorities Development Finance Corporation (NMDFC). The meeting was chaired by Mahmood Ahmad Shah, Director, JKEDI at Sempora, Pampore campus of JKEDI. As many as 39 cases of the candidates trained by the Institute under Himayat Self Employment Scheme (HSES) and 10 candidates trained under NMDFC were placed before the steering committee for its consideration and necessary approval. All the cases were approved for the soft loan facility under the Term Loan scheme of NMDFC, Ministry of Minority Affairs, Government of India. An amount of Rs. 2.69 crores as appraised cost for these 49 cases of Self-employment/Entrepreneurship was approved by the steering committee, which includes the term loan component of 78.838 Lakhs and working capital of 190.86 lakhs.

These cases were approved for various activities under Services, manufacturing, Trading, Handicrafts and Agri Allies sectors undertaken by the candidates across all the districts of the Union Territory of Jammu and Kashmir. It was decided during the meeting that emphasis shall be given to priority sectors, besides focus shall also be laid on High Employment Potential Sectors (HEPS) under the schemes being implemented by JKEDI.During the meeting Director JKEDI called for speedy disbursal of the soft loans in favour of the candidates whose cases have been approved after they complete the legal formalities so that they are able to start their business ventures. Waseem Ahad, In charge Centre for Startup Finance, Zahid Ali Dar, Incharge Himayat Scheme and officers of the concerned verticals of the Institute participated in the meeting.