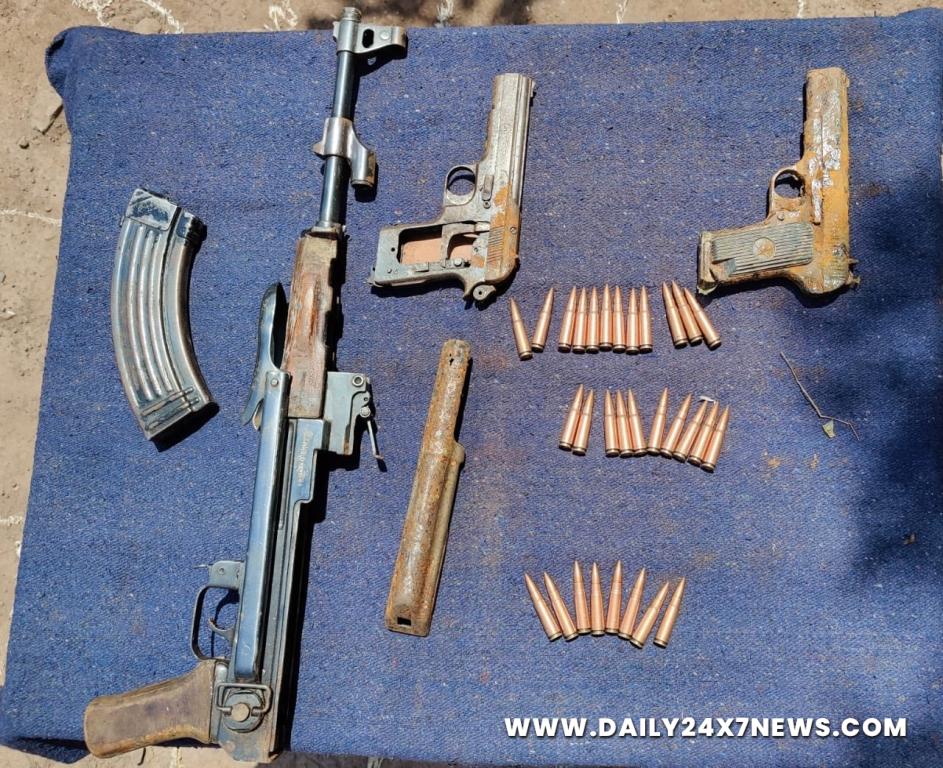 Srinagar : Jammu and Kashmir Police along with security forces arrested an active terrorist of proscribed terror outfit Hizbul Mujahideen (HM) and recovered incriminating materials including arms and ammunition from his possession, officials said on Thursday.Police said on specific input regarding movement of terrorists, Police, army’s 50 RR and CRPF launched a joint cordon and search operation in Androosa Khrew area of Awantipora in South Kashmir.”During the search operation, joint forces observed some suspicious movement in the orchard area where a suspected person was trying to escape but was tactfully apprehended by the joint parties,” police said.

He has been identified as Shahid Ahmed Khanday, resident of Mandakpal, Khrew.Police said during his personal search, incriminating material including arms and ammunition were recovered from his possession.”As per police records, he was an active terrorist and affiliated with proscribed terror outfit HM,” police said.Police have registered a case and further investigation has been initiated.