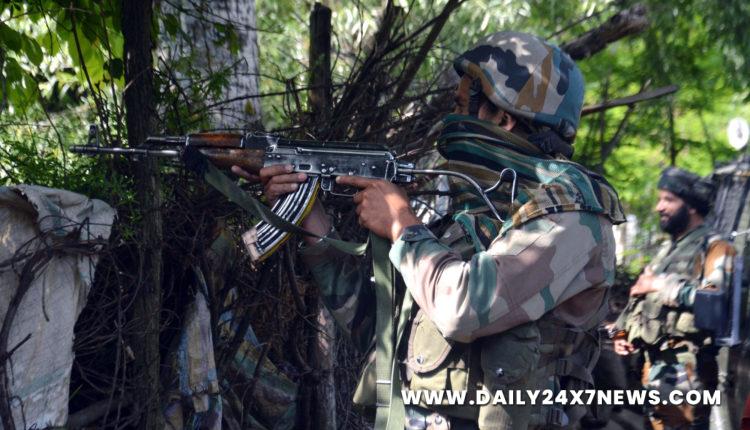 Pulwama : After four terrorists were killed in an encounter in Jammu district on Thursday, another gunfight broke out in South Kashmir’s Pulwama.The officials said a firefight took place in Pulwama’s Parigam after the security forces cordoned off the area and launched a search operation on the basis of a specific information about the presence of terrorists.As the security forces zeroed in on the spot where the terrorists were hiding they came under a heavy volume of fire that triggered the encounter.”Encounter has started at Parigam area of Pulwama. Police and security forces are on the job,” police said.Earlier in the day, an encounter broke out in Jammu district.Four terrorists belonging to Pakistan-based Jaish-e-Mohammed terror group were killed in the gunfight in Jammu’s Nagrota area. They were travelling in a truck on the Jammu-Srinagar National Highway, which was intercepted by the police at a toll plaza near Nagrota.The slain terrorists were carrying a huge quantity of arms and ammunition, including 11 AK-47 rifles and pistols and in all probability were planning something big, perhaps “disruption of district-level elections”, a top police officer said.