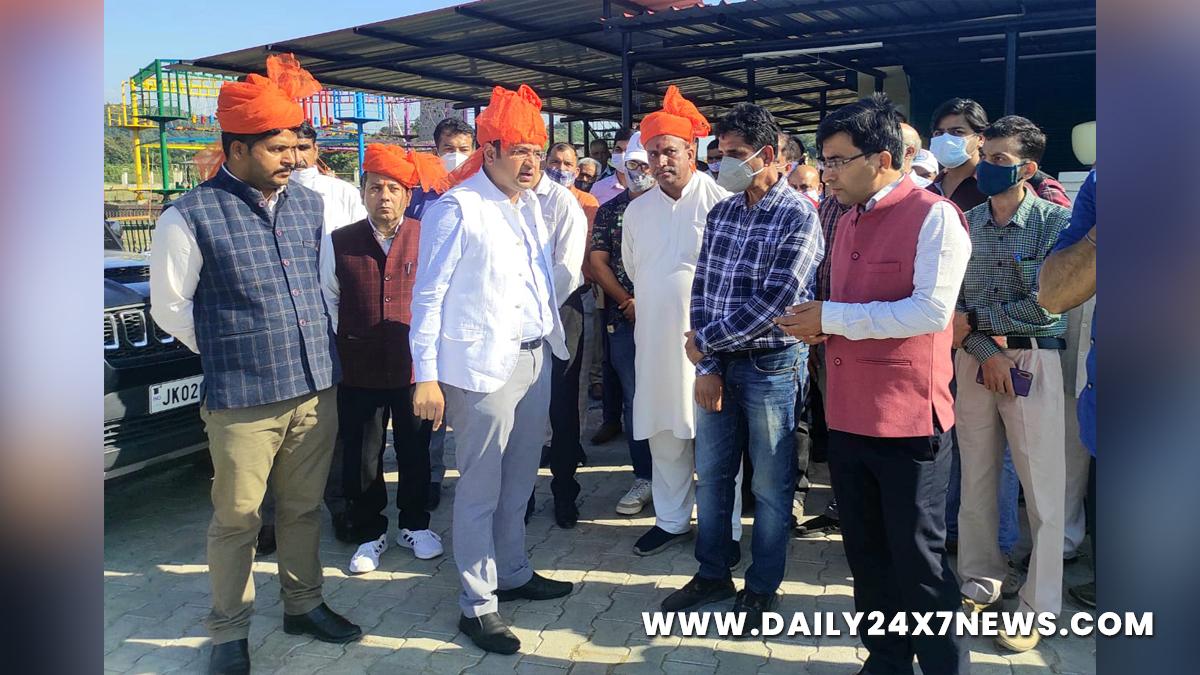 Jammu : Divisional Commissioner, Jammu Dr Raghav Langer today conducted an extensive tour of Surinsar and reviewed the Rejuvenation Plan for one of the main tourist attractions of Jammu region.Assistant Commissioner General, Rakesh Dubey; Engineers of PWD, Jal Shakti, JPDL besides BDO, Tehsildar concerned, other concerned officers and PRI members accompanied the Div Com during the tour of Surinsar area.The Div Com, along with other officers, took a round of Surinsar Lake and inspected the development works executed there. He directed the concerned officers to expedite the pace of ongoing works for their timely completion.While reviewing the Surinsar Development Plan, the Divisional Commissioner directed the revenue authorities to complete the demarcation of the lake area at an earliest.

The department was asked to hold meetings with stakeholders to resolve issues regarding land acquisition. The BDO concerned was also asked to convene a meeting with all stakeholders and respond to all the issues related to disposal of waste.Regarding LT line overhead, the Div Com directed the concerned authorities to increase the height of the line and for a long term solution, explore the option for taking it underground to maintain the natural beauty of the Lake.During the tour, the Div Com asked the concerned to keep the provision of developing cycle track in the plan proposal, which would act as added attraction for the tourists. The Tehsildar was asked to identify suitable land patches for the establishment of a parking lot in the area.The Div Com said that the Government is committed to promote tourism in the region and as per the directions of office of the Lieutenant Governor all the tourism infrastructure development works are to be expedited on priority.