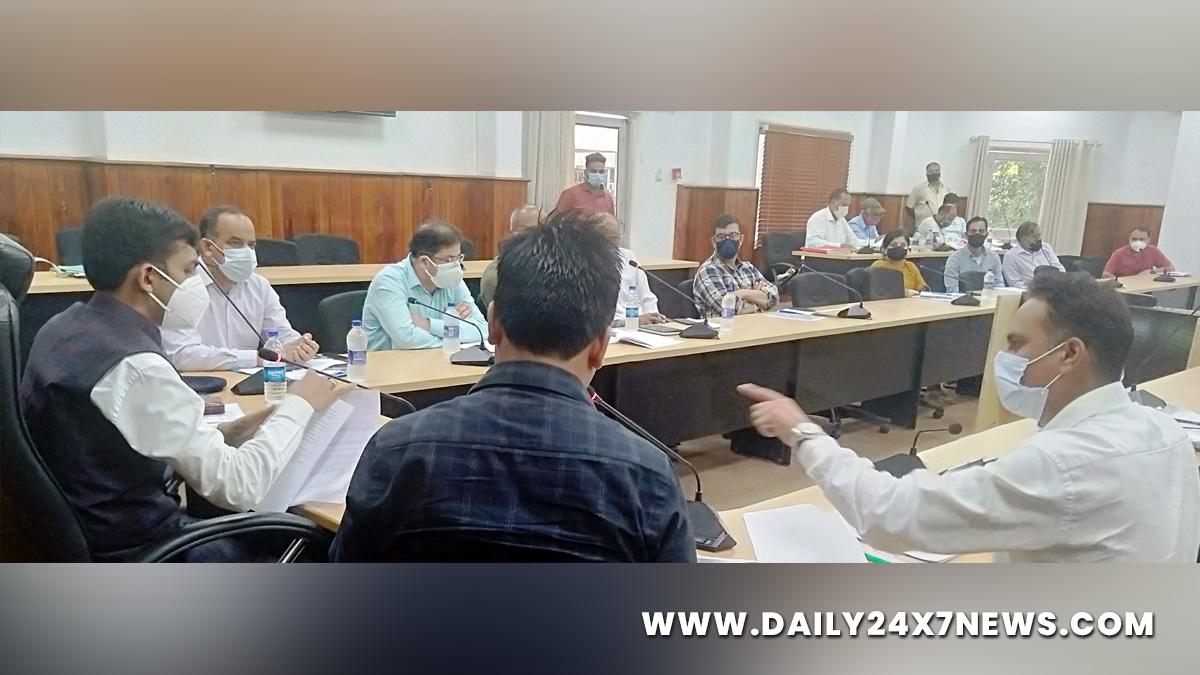 Jammu : The maiden meeting of District Telecom Committee was today held here under the chairmanship of Deputy Commissioner Anshul Garg to discuss issues regarding expansion of telecom infrastructure, including construction of mobile towers in the district.Threadbare discussions were held to resolve the issues and grievances of consumers and telecom operators regarding the installation of mobile towers, telecom infrastructure, emission of radiations etc.The process of granting NoCs from Municipal Corporation, Urban Local Bodies and Telecom Regulatory Authority of India and the issues of stakeholders were also discussed in the meeting.Regarding the issues of excess emission of radiation, the Assistant Director General License Service Area (J&K DOT) apprised the meeting that there is permissible radiation across the UT of J&K, which is only one tenth of the radiations permissible across the world.

The Deputy Commissioner asked for a report on the emission of radiations in one month and said that Tehsildars can take suo-moto action on the complaints regarding the excess emission of radiation.He further said that the LSA along with senior district officials would visit the mobile towers and record the level of emission of radiation.The Deputy Commissioner also said that decisions regarding NoCs and sealing unsealing of mobile towers would be taken on the basis of Communication and Connectivity Infrastructure Policy of J&K (JKCCIP).Member Secretary Rakesh Dubey, ACD Ashok Kumar along with representatives of Telecom Companies and senior officers of the concerned departments were present in the meeting.

Katra Town to get infrastructure development impetus under PRASHAD Scheme