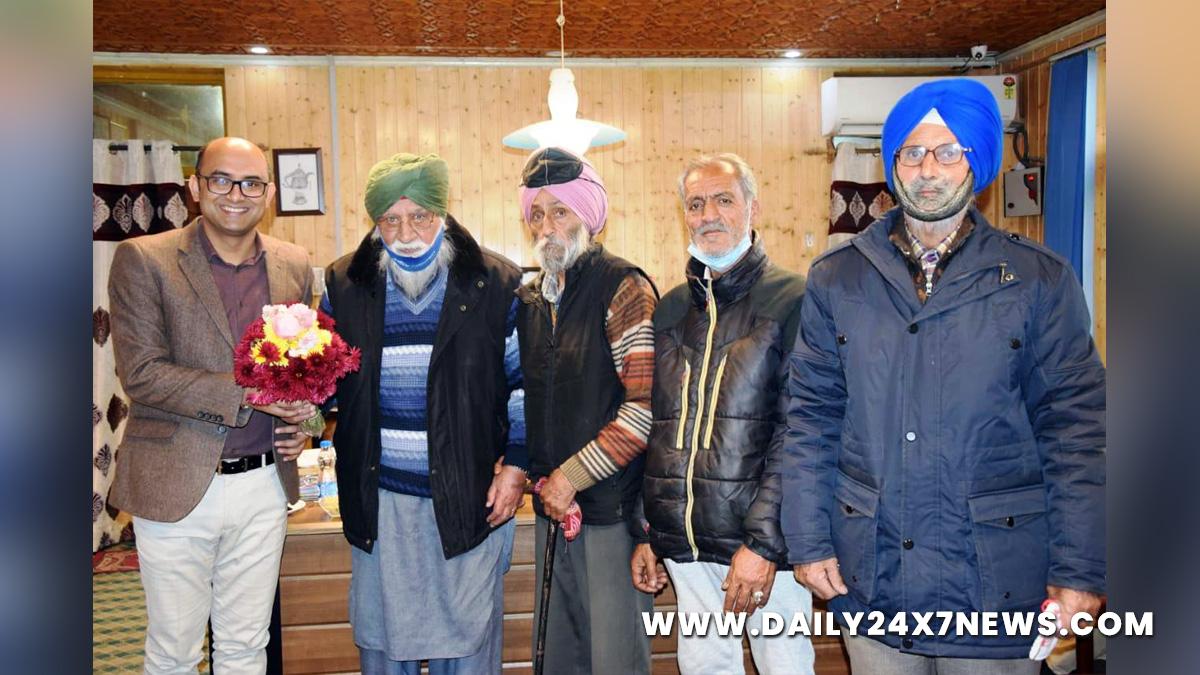 Baramulla : A delegation of Singhpora area of Baramulla district led by a Retired Army Officer, Sheetal Singh today called on Deputy Commissioner (DC) Baramulla, Bhupinder Kumar and extended appreciations over the marvelous performance in NITI AYOG’s Delta Ranking that was recently released by the think tank.Pertinent to mention that Aspirational District Baramulla has achieved another milestone by securing 3rd rank in the country owing to its remarkable performance in different indicators as envisaged by NITI AYOG.

Apart from extending felicitations, the delegation appraised some vital public grievances and demands having wider public significance. The delegation sought the personal intervention of the DC to redress these issues in a time bound manner.Meanwhile, the DC expressed gratitude to the delegation and assured that all the genuine grievances shall be taken for their timely redressal.