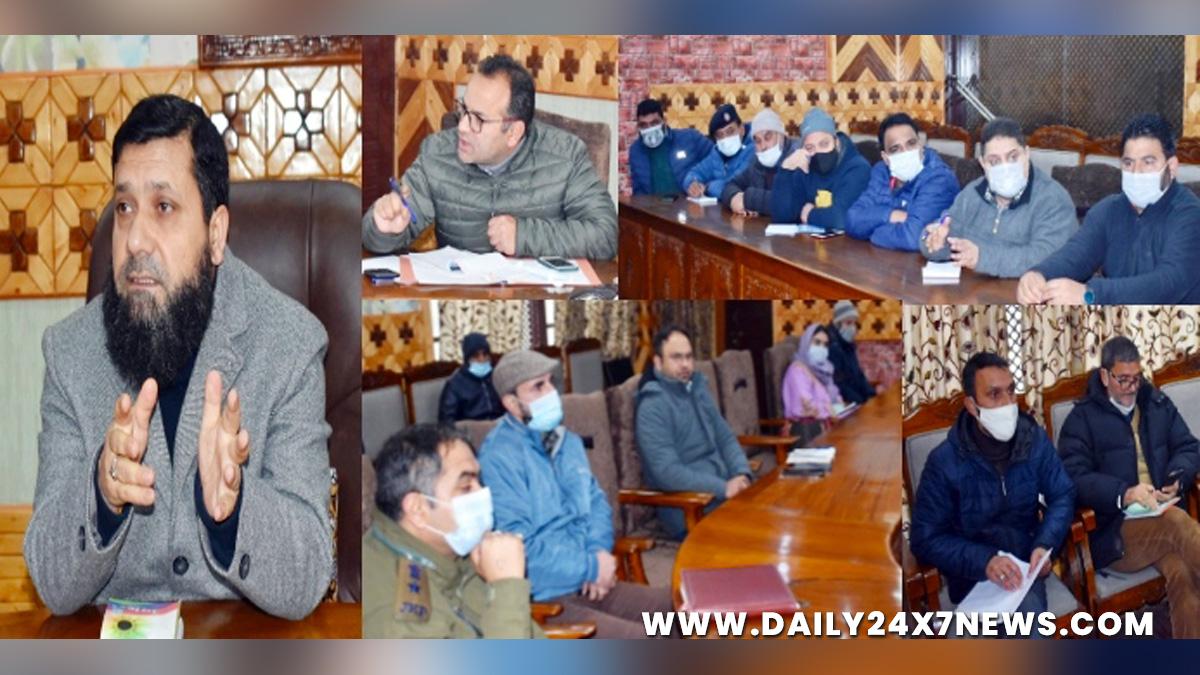 The Deputy Commissioner directed the Kupwara Municipality to provide registration number and location spot to each registered vendor. He also directed the officers to eradicate encroachment of footpaths alongside the roads. He also stressed the holding of daily based checks of traffic management to record the violations which should be followed by weekly checks by a constituent team to identify the chronic defaulters. It was also given out in the meeting that if the defaulters fail to comply with the orders of administration in streamlining the traffic management, strict action inder traffic law will be taken against them.Tehsildar Kupwara was nominated to monitor the full process for one month.ARTO was directed to randomly check the licenses of the drivers. The Executive Officer Kupwara Municipality through an official order was directed to ensure removal of unauthorized street vendors from the market by utilizing the services of enforcement teams.

Awareness programme on schemes of Mission Youth held at Ganderbal