Asks them to work honestly; translate transparency in the field 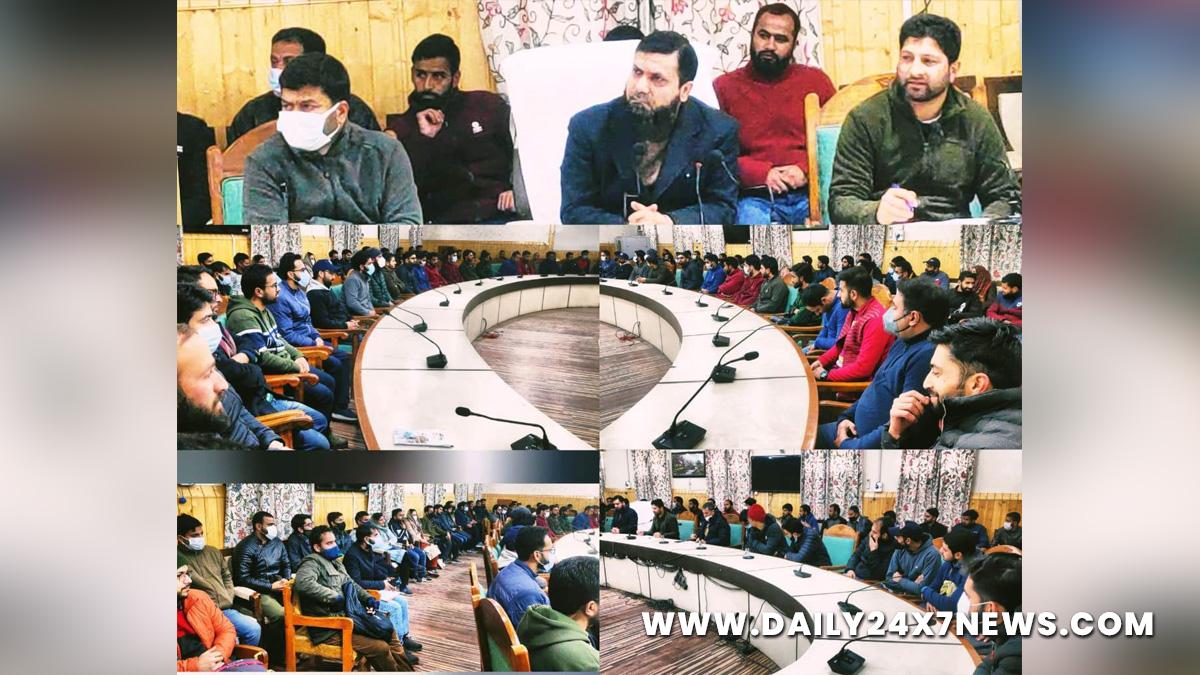 Kupwara: The Deputy Commissioner (DC) Kupwara, Imam Din today convened an interactive meeting with newly appointed Accounts Assistant Panchayats (AAP) and Class IV employees at DC office, here.The Assistant Commissioner Development, Mehraj-u-din; Assistant Commissioner Panchayats , Shabir Ahmad, District Information Officer, concerned officers and all newly appointed 164 AAP and Class IV employees attended the meeting.In his address, the DC welcomed the appointees and asked them to work with dedication and honesty to serve the society, adding that they were here on the basis of their competence, ability and merit which they showed in cracking the examination. He said the Government has provided a fair and transparent system in appointing them through examination.Calling them as ambassadors of this fair and transparent system, the DC asked them to prove their worth in serving the society. He informed them that while discharging their legitimate duties, they might face difficulties, but they had to withstand the rules and regulations of the department and translate the fairness and transparency in the system they were appointed for.

He exhorted upon them to resolve the problems of the people by timely disposal of any type of case.The DC asked Accounts Assistant Panchayats to get proper knowledge and training of financial implications as they are virtually financial advisors in the Panchayats. He also asked them to go through the Panchayati Raj Act and ensure proper planning for development of infrastructure in the Panchayats.Imam Din asked concerned officers to keep close watch on the performance of the appointees and give recommendations of all those officials who perform their duties with honesty and dedication, so that appreciation certificates could be awarded to the merit holders.The Assistant Commissioner Development and Assistant Commissioner Panchayats also spoke at the occasion.Later, various appointees also spoke and shared their experiences of cracking the examination. One of the appointees called upon the youth to participate in the examination irrespective of its grade level, do hard work and crack the examination on merit basis.