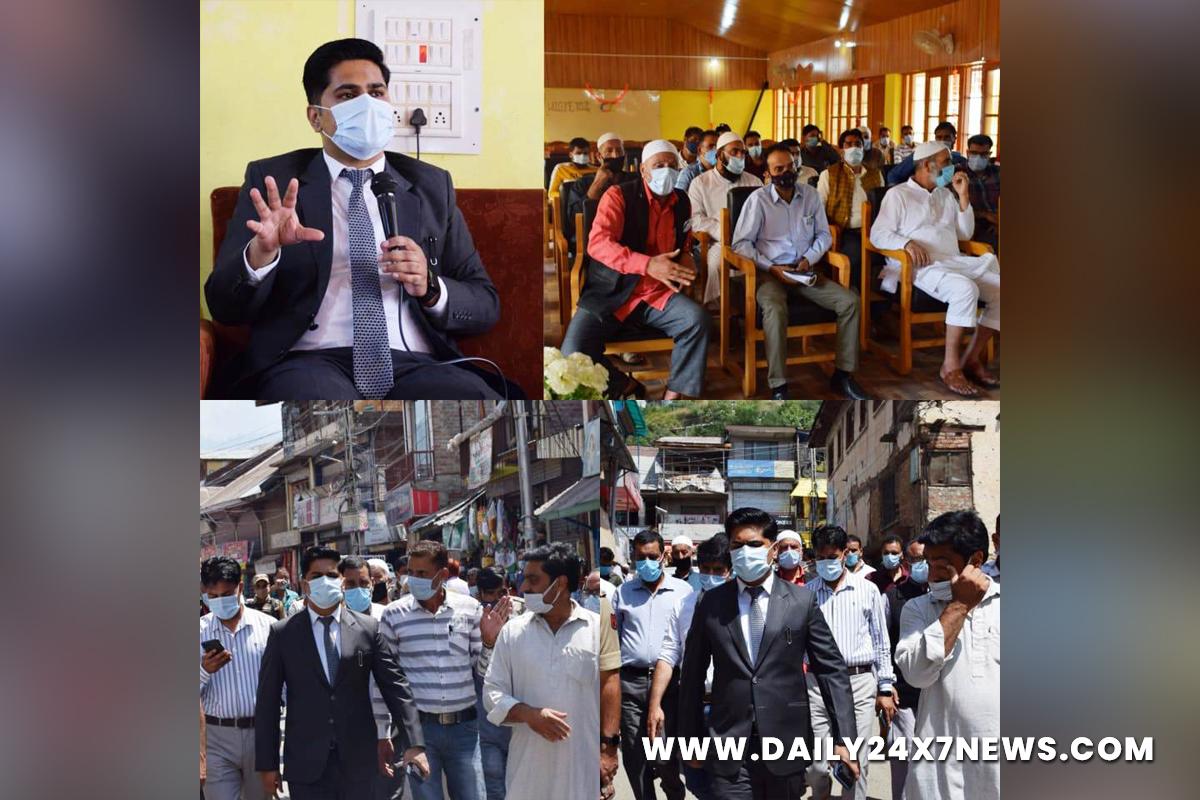 He said drainage and waste disposal in town is taken up with priority and alternative landfill site for waste disposal will be identified for waste disposal. He also directed the concerned agency to properly maintain drainage of the town and bus stand.Dr Owais said Hospitals in Bandipora are working properly and bottlenecks if any will be resolved immediately. He said the administration has adopted zero tolerance towards encroachment and directed all the line agencies to remove encroachments at an earliest.The DC urged all the unvaccinated people to go for vaccination without delay and said that the vaccine is an essential protection to fight against Covid 19 pandemic.He also urged shopkeepers and public transporters not to render services to the persons without masks. He said to avoid another lock down following CAB is essential.He also interacted with youth and students at the School and asked them to think out of box with regard to employment opportunities and prefer entrepreneurship.

Despite challenges, world’s tallest railway bridge to come up in Manipur valley…