Pak bid to smuggle weapons into Kashmir foiled by Army 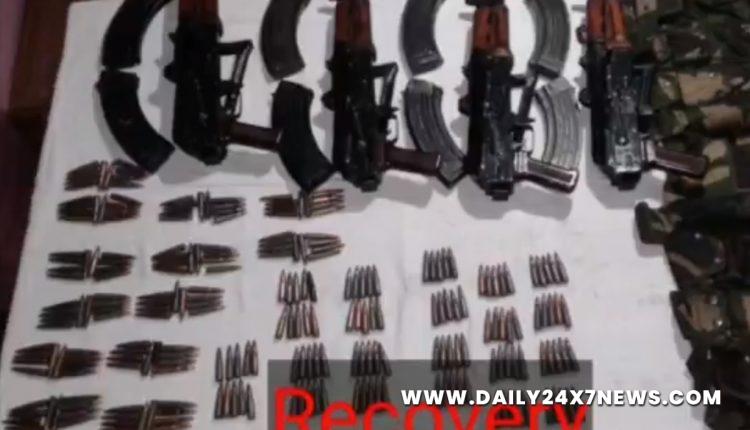 Srinagar : The Army has foiled an attempt by terrorists from Pakistan-occupied Kashmir to smuggle war-like stores into India and seized arms and ammunition on the LoC in Karen Sector, officials said on Saturday.”The Army noticed 2-3 men sending something in a tube tied to a rope across the Kishanganga river. Troops immediately reached the spot and seized four AK-74 rifles, eight magazines and 240 rounds.”The Army said that the area has been cordoned off and search was in progress.