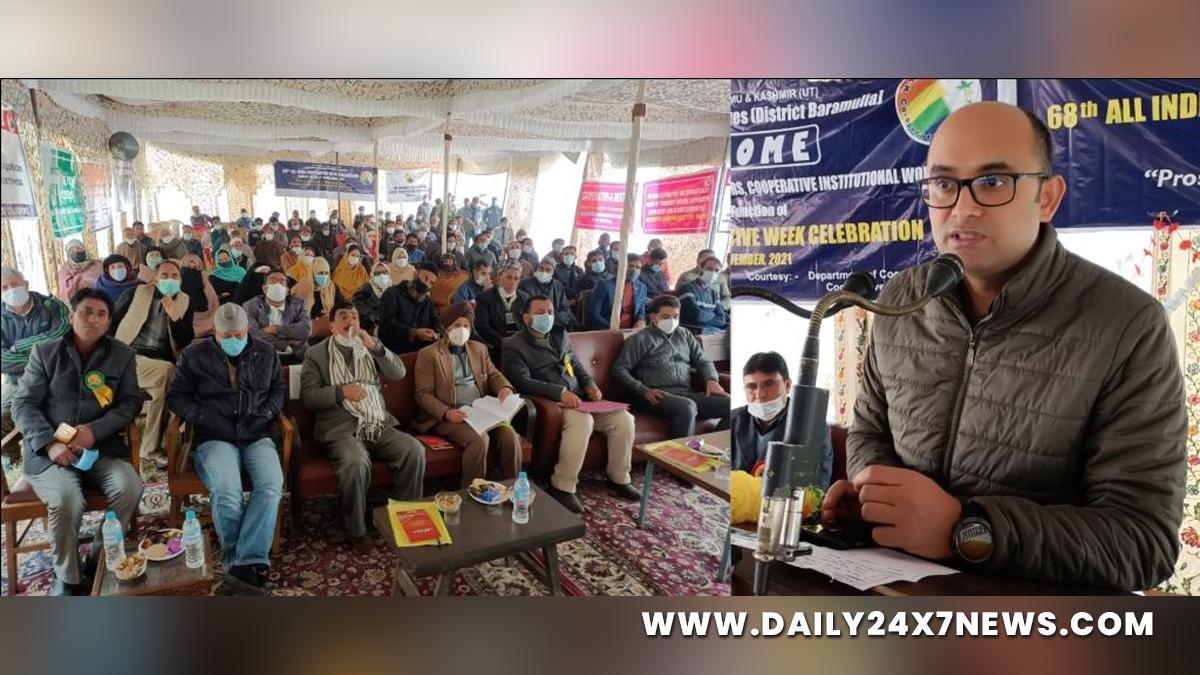 Baramulla : As part of the Week long celebrations of 68th All India Cooperative Week that commenced from 14th November, a grand and impressive District Level function was today held at Baramulla.The function was organized by the Cooperative Department Baramulla and was presided over by District Development Commissioner (DDC) Baramulla, Bhupinder Kumar. Speaking on the occasion, the DDC highlighted the historical background of Cooperative Societies and added that the Cooperative sector has a huge potential to generate employment for unemployed youth of the district.The DDC shared the examples of successful and revolutionary Cooperative Societies and added that the need of the hour is to highlight successful initiatives in the cooperative sector among the masses to attract new talent into this sphere.He also added that Cooperative Societies have benefited the farmers to fetch right prices to their produce.

Moreover, the DDC also assured all possible support and assistance from district administration to Cooperative Societies in order to make them successful and meaningful. Meanwhile, the DDC on the occasion inspected various stalls installed by cooperative societies of district Baramulla for disseminating necessary information besides services rendered to the concerned stakeholders.At the outset, the Deputy Registrar Cooperative Societies Baramulla, Gh. Mohiuddin Kulay highlighted the achievements of the Cooperative Societies and informed the gathering regarding the functioning of Cooperative institutions in the district.Briefing about the achievements, he informed that district Baramulla has recorded a business turnover of Rs 52 Cr. During the FY-2020-21 and from April 2021 till date a business of Rs.30 Cr. has been recorded, he said.On the occasion, he also said that the working of Cooperative Super Bazar Baramulla has been computerized and is also registered on the GeM portal.Later on, DDC distributed appreciation certificates and Mementos among three Cooperative societies for their outstanding contribution in their respective fields.