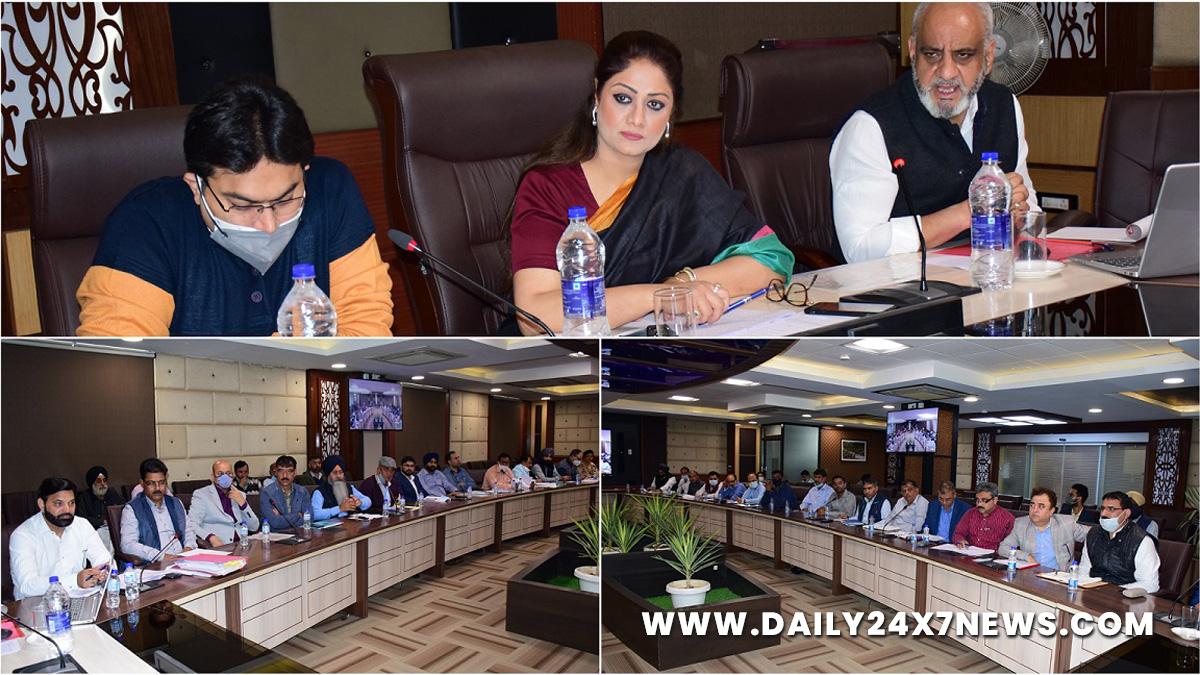 The Vice Chairperson appreciated the banks for working in tandem with KVIB in sanctioning the cases. She highlighted the key issues and sought co-operation and commitment from the Bankers for addressing the issue of unemployment in the UT of J&K especially for educated unemployed youth. She also emphasized sanctioning of cases in favour of Ex Servicemen and war widows through KVIB schemes.The Bank wise performance of PMEGP and JKREGP schemes of KVIB for the current year was reviewed and it reflected improvement in the current financial year, as 2390 cases involving margin money of Rs 1122.91 lakh stands sanctioned by the Banks under both the schemes .A threadbare deliberation was held regarding pending cases at Bank level, uploading of claims, EDP training under JKREGP, PMEGP being implemented by KVIB.

Katra Town to get infrastructure development impetus under PRASHAD Scheme