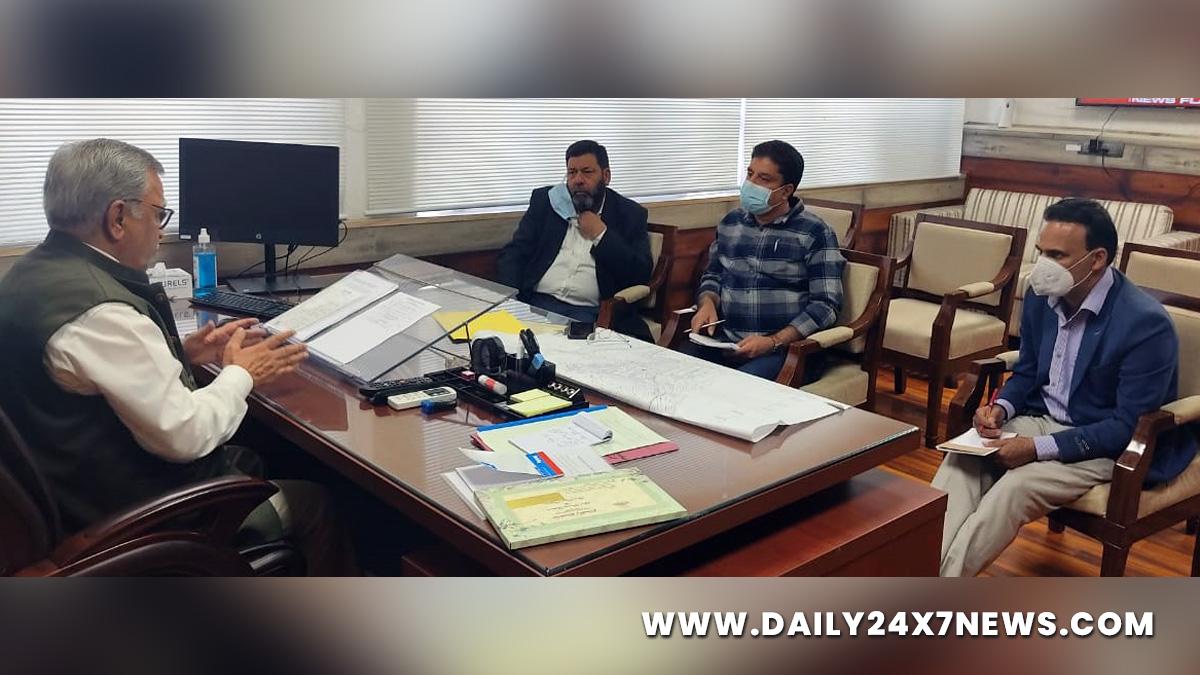 Srinagar : The Advisor to Lieutenant Governor, Farooq Khan chaired a meeting of officers to discuss the development and beautification plan of Ziyarat of Hazrat Baba Payam Din Reshi (RA) (Baba Reshi) here today.The meeting was attended by Chief Executive Officer Wakf Board, Mufti Fareed-ud-Din, Chief Executive Officer Gulmarg Authority, Zahoor Ahmad Raina, Executive Engineer Wakf Board and concerned officers.The meeting had a detailed discussion on the plan of development and beautification of shrine, landscaping of the area, construction of various utilities for the convenience of the devotees, creation of additional parking facilities and other related issues.The Advisor directed the Wakf authorities to immediately call proposals through RFP from consultancies for preparing a master plan for the overall development of the shrine area spread over an area of 7500 Kanals.

He also called for involving professionals from Department of Archives, Forest, INTACH, Town Planning etc.Farooq Khan impressed upon the officers that while going for new constructions in the area the fragile environment of the area be taken into consideration and all the new constructions should be given heritage touch. He also called for best land utilization while going for new constructions and asked the Wakf and Gulmarg Dev Authority to construct good number of sanitary complexes for the convenience of the devotees.The Advisor also called for ban on carrying polythene within the premises of the shrine and directed the Wakf Authorities to make biodegradable alternative carriage bags available in the vicinity of the shrine. He also asked the CEO Gulmarg Dev Authority to make available sufficient number of dustbins in the vicinity and within the premises of the shrine.