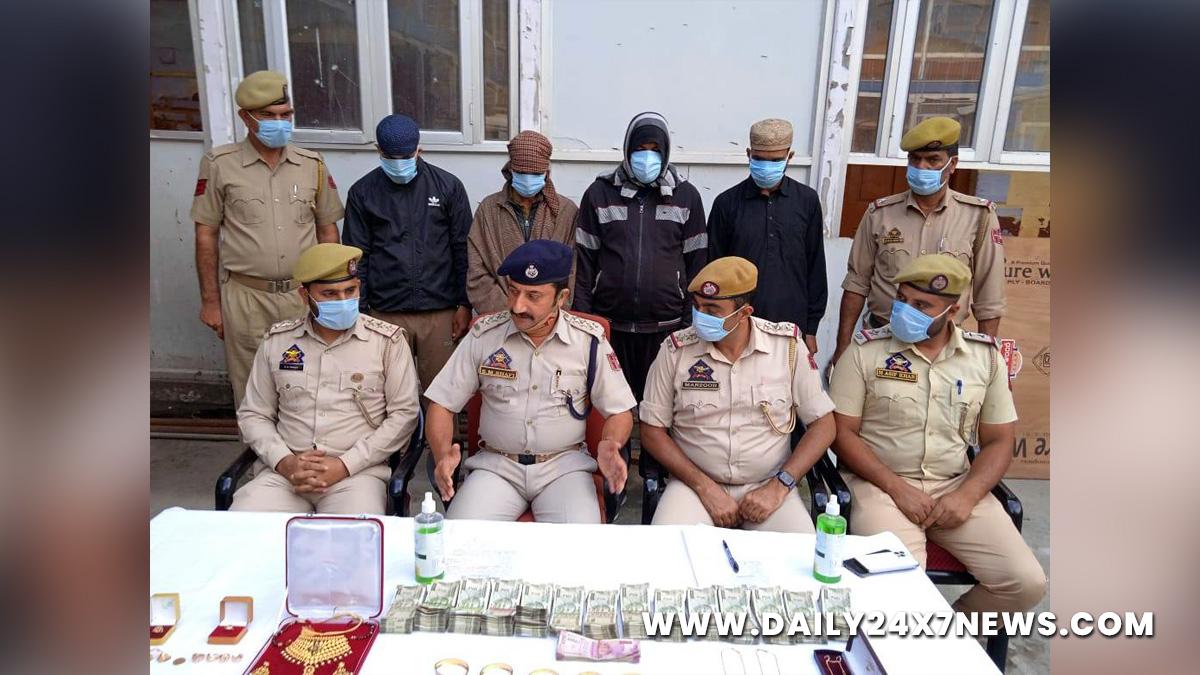 Here is whole story in Police Press Release
During a major breakthrough in the investigation of three theft cases lodged at Police Station Pulwama, Police recovered huge quantity of cash, jewellery and live stock (sheep).Consequent upon the lodgement of FIR No 245/21, U/S 457 and 380 IPC, 275/21 U/S 457 and 380 IPC and 276/21 U/S 457 and 380 IPC of Police Stations Pulwama investigation was set into motion to nab the culprits and to recover the stolen property. Initially Support was drawn from technology- CCTV footage was analysed to nab the culprit, leads were drawn and culprits were nabbed on whose disclosures stolen property was recovered from different places within and outside the district. Burglars involved in the cash and jewellery included 1. Bashir Ahmad Sheikh from Zafran Colony Pampore 2. Fayaz Ahmad Sheikh from Shopian Gund Darvesh and 3. Ab Majeed Sheikh from Bore Check Arihal.

The details of the recovered property are:
1. Cash – Rs 7.5 lakh ,2. Golden necklace- 01 no, 3. Golden Chain- 03 no’s, 4. Golden Rings- 07 no’s, 5. Golden Pound – 01 no, 6. Golden Bangles – 03 Pairs, 7. Golden ear rings- 02 PairsMoreover during the investigation of case FIR No. 276/21 , lead was drawn from the registration number of the vehicle which lead the Police to arrest the culprit namely Umar Farooq Dar from Sumbal Rakh Asham Bandipora from whose possession 32 sheep were recovered.These recoveries testify the advantages of use of technology in the investigation process and skills of investigation by Police. General public has hailed the action of Police by and large and Police inturn vows to protect the life and property of the public and also appeals the cooperation from general public in every expected respect.