R&B star Chloe’s debut song ‘Have Mercy’ out, after split from sister Halle 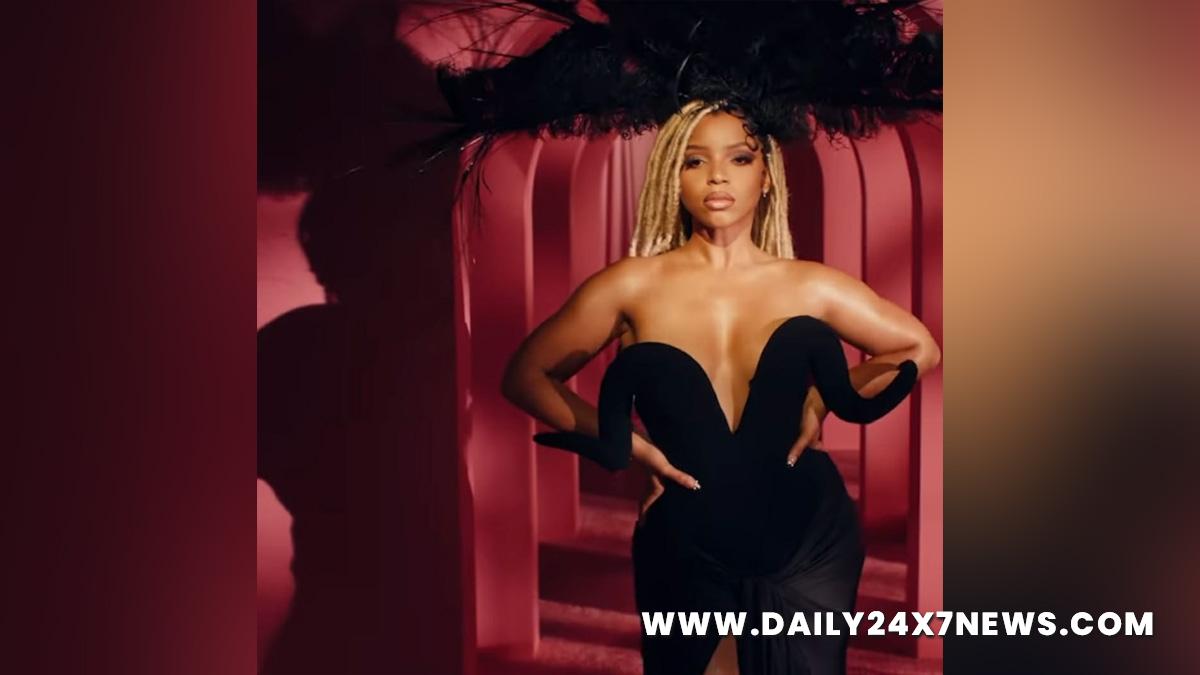 Los Angeles : Chloe Bailey, of the R&B sister duo Chloe x Halle, released her debut solo single ‘Have Mercy’ on Friday.Chloe took to her Instagram page and shared the release announcement with a glimpse of the music video. She wrote in the caption, “booty so big, have mercy video out now, go watch it.”Earlier this year, the two sisters created separate social media accounts announcing “so many exciting things coming.”This is the first solo song from the 23-year-old Grammy-nominated Chloe’s upcoming debut album, which will be released on Parkwood Entertainment/Columbia.”I’m creating my own lane, as well as paying homage to the ones who have inspired me. It has been fun finding my voice,” Chloe told Billboard about her solo musical endeavour.

Chloe will bring ‘Have Mercy’ to the 2021 MTV Video Music Awards on September 12, for its television debut performance.At a young age, the R&B sisters performed in minor acting roles before moving from Mableton, Georgia, to Los Angeles in 2012. The two began posting music covers to YouTube and were acknowledged by Beyoncé, who became their mentor and later signed them to her label Parkwood Entertainment. They subsequently released the EP ‘Sugar Symphony’ and the mixtape ‘The Two of Us’.The duo gained further prominence after starring in the sitcom ‘Grown-ish’ and releasing their debut album ‘The Kids Are Alright’, for which they earned two Grammy Award nominations. In 2020, they released their second studio album ‘Ungodly Hour’ to critical acclaim, earning them another three Gammy Award nominations.

I think I have the good qualities of ‘Money Heist’ character Tokyo : Ananya Panday

Rupert Grint wants to be like the Gallagher brothers

How I make a living has been changed by streaming : Bradley Cooper