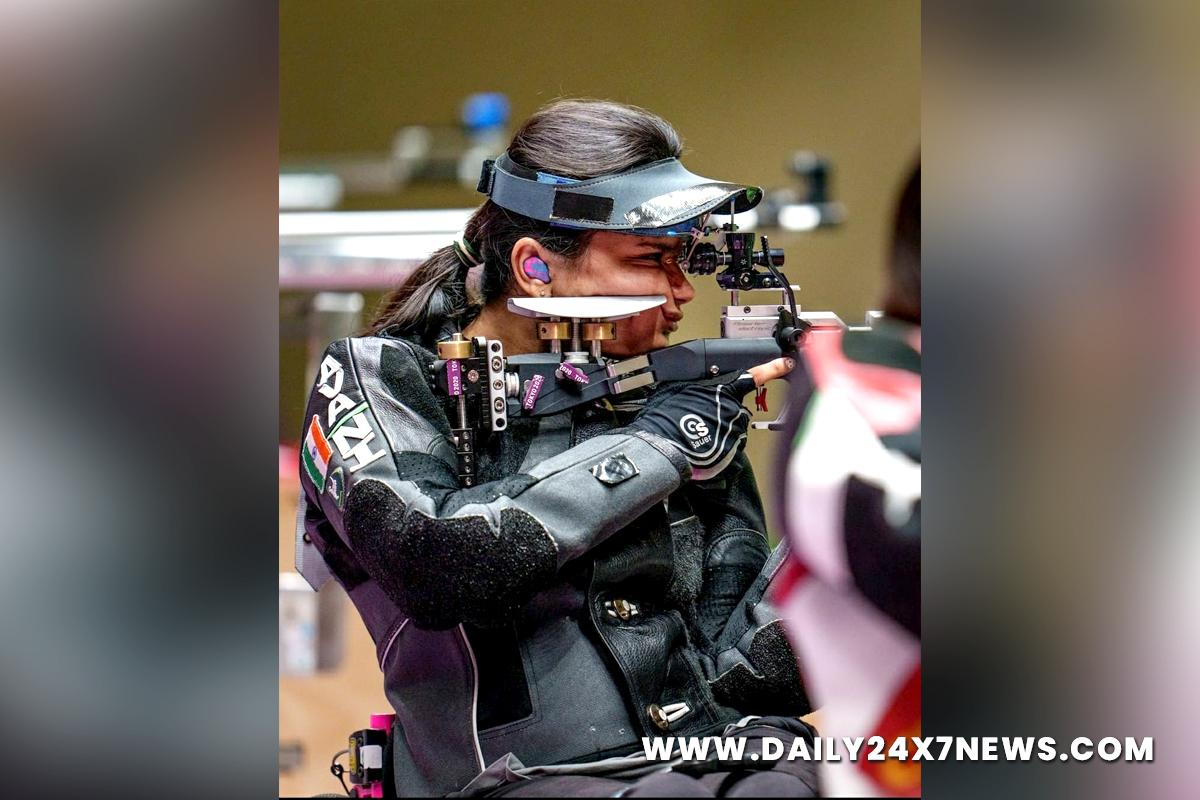 Tokyo : India’s Avani Lekhara set herself perfectly for her second gold at the Tokyo Paralympic Games as she finished second in the qualifying round of the Women’s 50m Rifle 3-positions SHI and qualified for the final on Friday.Avani, who won India’s first gold medal at the Tokyo Paralympics in R2 Women’s 10m Air Rifle Standing SH1 on August 30, stood second in the qualifying stage, finishing with a score of 1176 to make it to the final to be held later in the day.

Avani, the 19-year-old from Jaipur, Rajasthan who is hoping to win her second medal in Tokyo after claiming gold in 10m air rifle SH1, had finished fourth in the Women’s 50m Rifle 3 position SH1 in the 2019 World Championship in Sydney.On Friday, she shot 388 in kneeling, 393 in prone and 395 in standing in the qualifying stage. Anna Normann shot a brilliant 397 each in kneeling and prone but could manage only 383 in the standing position. Cuipeng had a series of 388, 395 and 388.