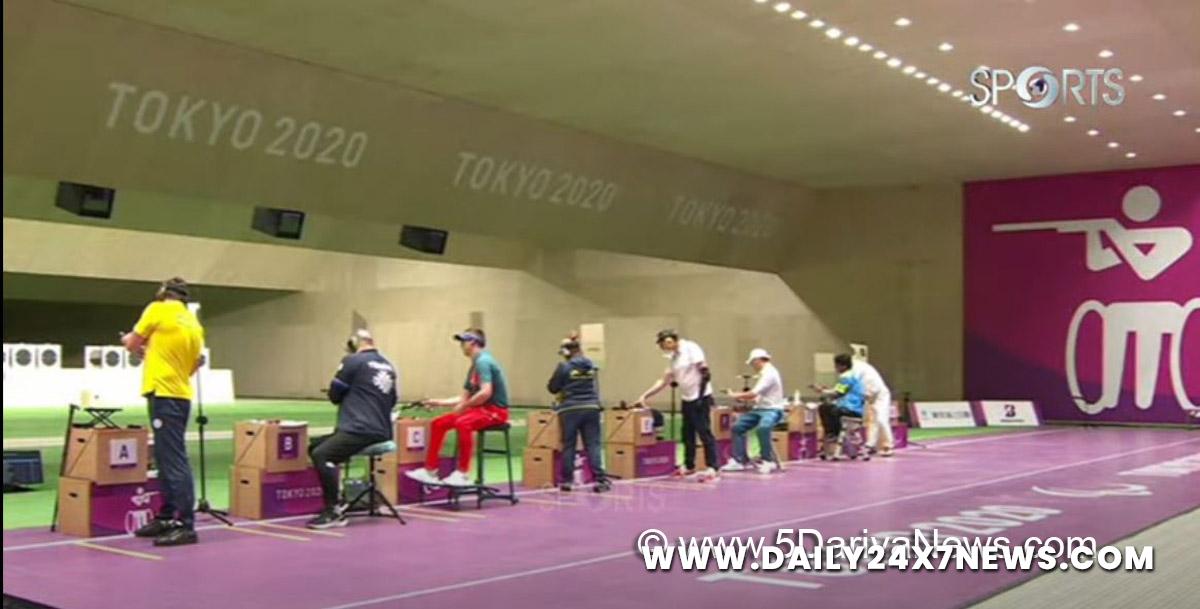 Tokyo : India’s Rahul Jakhar was placed second after the two-round qualification programme in the P3 Mixed 25m Pistol SH1, making it to the final while compatriot Akash finished 20th among 30 competitors to miss out on a spot in the medal round.Jakhar was placed 13th after the precision round of the qualification with a score of 284. In the rapid-fire section, the 35-year-old from Gurugaon, Haryana, shot a superb 292 in the rapid round to leapfrog to the second position.Jakhar was placed second behind China’s Xing Huang with a total score of 576. Xing had a score of 585 (294 precision, 291 rapid) with compatriot Yang Chao third with a score of 575 (precision 289, rapid 286).

Russia’s Sergey Malyshev is placed fourth with a score of 574, Poland’s Szymon Sowinski was fifth with 573, followed by two Ukrainians’ Oleksil Denysiuk (573) and Iryna Liakhu (566) with Turkey’s Korhan Muharrem Yamac rounded off the eight-player field with a score of 566.Iryna is the lone woman in the eight-player field in the final. All nine females participated in the qualifying round.Akash, the second Indian in the field, was placed 20th after the precision round with a score of 278. He could manage only 273 in the rapid round and could not improve his position and finished 20th.If he continues in the same vein in the final, Jakhar would be a favourite for a medal.India has so far won two medals — a gold by Avani Lekhara and bronze by Singhraj — in Paralympic Games shooting competitions.

‘Tuck Jagadish’ is my return gift to fans : Nani