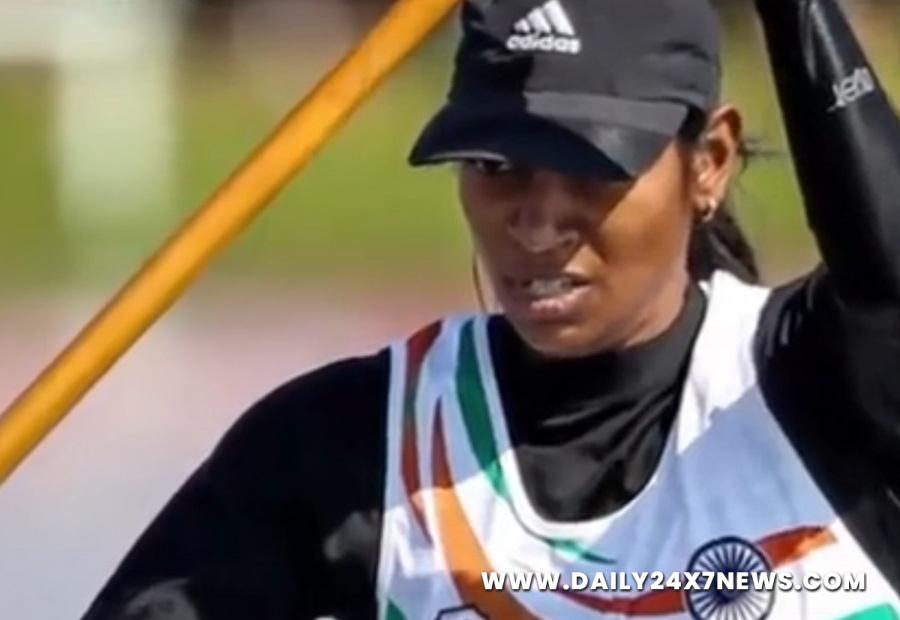 Tokyo : Indian canoeist Prachi Yadav failed to get into medal contention in the women’s Va’a Single 200m VL2, finishing eighth and last in the Tokyo Paralympic Games on Friday.Prachi, who had qualified for the final by finishing third in the semifinal race earlier on Friday, clocked 1:07.329 in the final and finished 10.301 seconds behind eventual gold medallist Emma Wiggs of Great Britain, who finished the 200m course in 57.028 seconds. Australia’s Susan Seipel took silver in 1:01.481 and Great Britain’s Jeanette Chippington got bronze in 1:02.149 minutes.Earlier, Prachi, the 26-year-old from Bhopal in Madhya Pradesh who has paralysis below her waist due to polio and uses her upper body to move the boat, finished third in the semifinal race in 1 minute 07.397 seconds.

She was placed behind Great Britain’s Jeanette Chippington (1:01.167) and Canada’s Brianna Hennessy (1:06.316) in the five-boat race at the Sea Forest Waterway.Friday’s timing by Prachi was a big improvement on the 1:11.098 she clocked in the heats. Prachi had finished fourth in Heat 1 that got her a place in the semifinals.Prachi, who switched to para canoing from para-swimming in 2018 and initially started practicing on a makeshift boat designed by her coach Mayank Thakur, trains at the Lower Lake in Bhopal. She is into para-sports since 2007 when she started swimming.

Another 90 cases of Omicron variant identified in UK