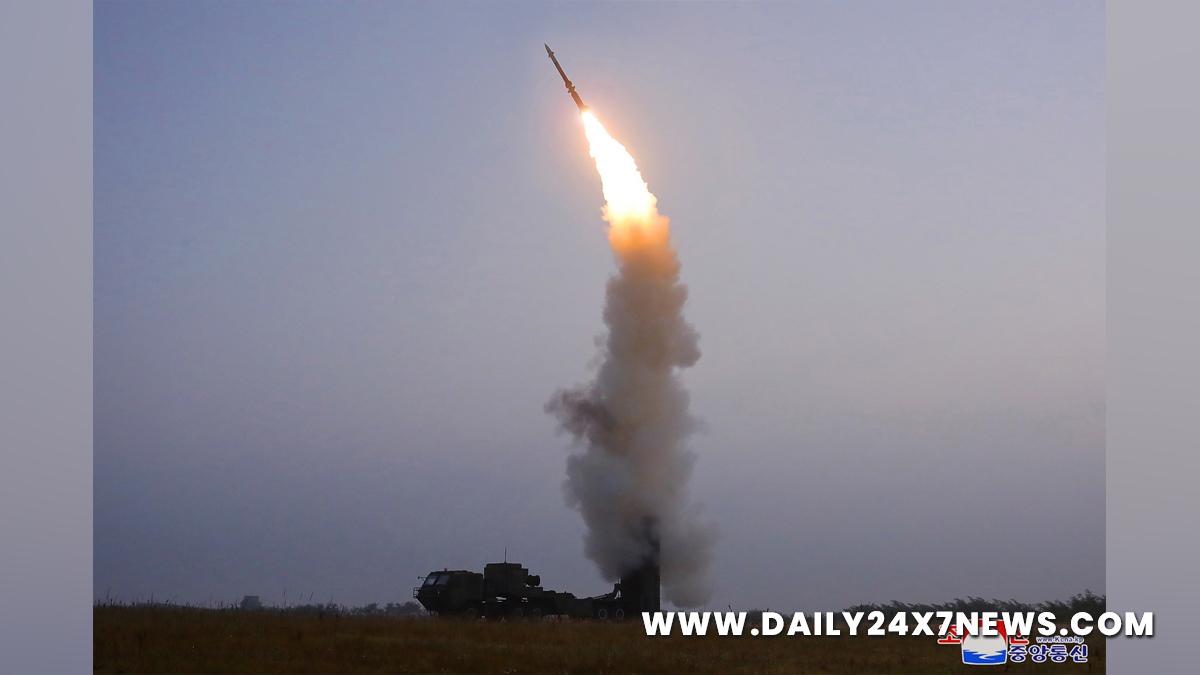 Seoul : North Korea said on Friday that it has test-fired a new type of anti-aircraft missile capable of downing air targets at longer distances with enhanced accuracy.The North’s Academy of Defence Science carried out the test aimed at “confirming the practicality of operation of the launcher, radar and comprehensive battle command vehicle as well as the comprehensive combat performance of the missile”, Pyongyang’s official Korean Central News Agency (KCNA) said.The Academy verified the “remarkable” combat performance of the new missile that features rapid response and guided accuracy with a missile control system as it introduced new technologies that included “twin-rudder control technology” and a “double-impulse flight engine”, Yonhap News Agency quoted KCNA as saying.The North has also been successful in substantially increasing the effective range of the missile, it added.The twin-rudder control technology appears to be aimed at increasing mobility by attaching variable wings to the warhead and at the middle of the missile.Pak Jong-chon, a member of the Presidium of the Politburo of the ruling Workers’ Party, guided the launch, while leader Kim Jong-un did not attend the firing, according to the KCNA.

South Korea’s Unification Ministry said it will continue efforts to restart inter-Korean talks while keeping a close watch on the North’s next move.North Korea has recently ratcheted up tensions by conducting its first test-launch of a hypersonic missile earlier this week, just two weeks after test-firing two short-range ballistic missiles into the East Sea.The latest missile launch also comes as the North has signalled a willingness to improve ties with the South in recent weeks on the condition that Seoul drops its “double standards” of denouncing the North’s “defensive” weapons tests while justifying its own arms build-up.During his speech at the second-day session of the Supreme People’s Assembly on Thursday, Kim said that cross-border communication lines with South Korea will be restored in early October as part of efforts to improve chilled relations.Kim also said the North has “neither aim nor reason” to provoke South Korea and urged Seoul to “get rid of the delusion” that it has to deter the Pyongyang’s provocations.Inter-Korean relations have remained in a deadlock since the no-deal summit between the US and North Korea in early 2019.

India warns Pakistan it will take ‘firm, decisive steps’ against…