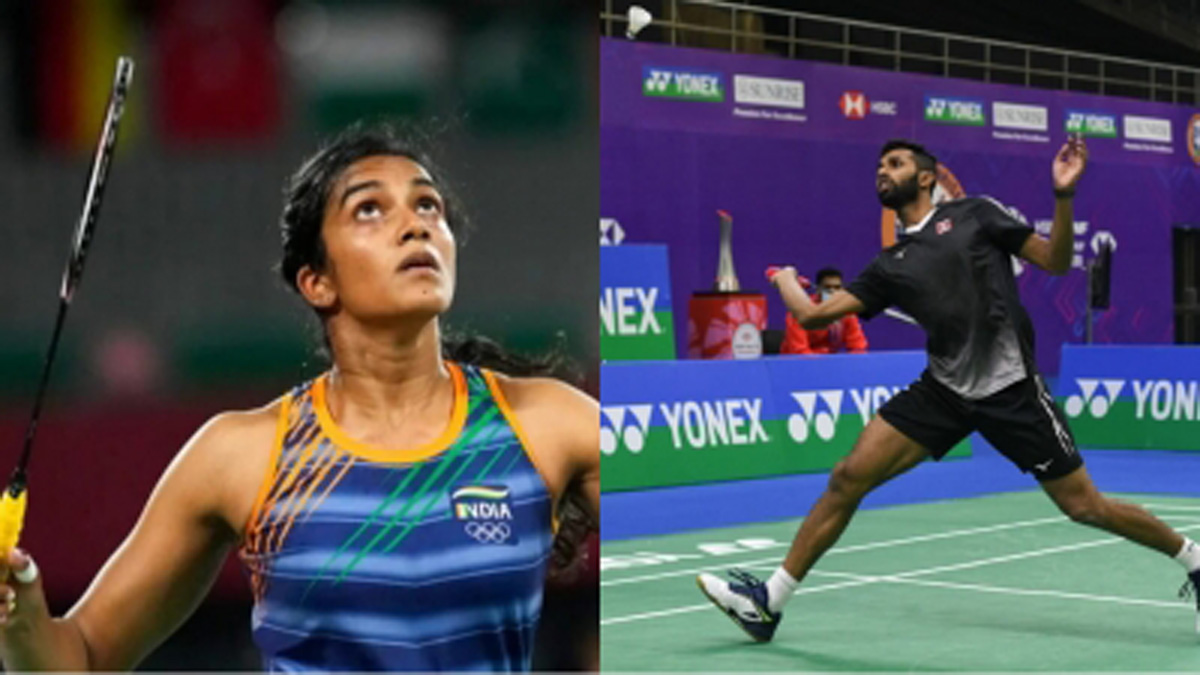 Former world champion Sindhu was knocked out of the tournament after losing her women’s singles quarterfinals 21-13, 15-21, 13-21 to world No 2 Tai Tzu Ying of Chinese Taipei in 53 minutes.Ace Indian shuttler, playing against the drift in the first game, started slow and trailed 5-2 after the early exchanges.

However, she soon found her footing by winning nine of the next 11 points to go into the break leading 11-7.World No 7 kept her grip on the match despite Tai engaging in longer rallies. The Indian shuttler went on to clinch the opening game convincingly.

The 26-year-old Sindhu, looking to break the five-match losing streak against the Tokyo 2020 silver medallist, began the second game with equal intensity. However, Tai soon had Sindhu on the backfoot and led 11-3 at the break.

Trailing 14-3, Indian unleashed a series of powerful smashes to reduce the gap to 17-15. However, Tai regrouped quickly to take the next six points. The 28-year-old Tai then put Sindhu under pressure with a mix of drop shots and smashes in the final game to keep her title defence on track.

This was Sindhu’s sixth straight loss to Tai and 16th defeat in 21 matches. Sindhu, a two-time Olympic medallist, had lost to Tai Tzu Ying in the Tokyo 2020 semi-finals.

Meanwhile, World No 21 Prannoy also lost 18-21, 16-21 against world No 8 Jonatan Christie in the men’s singles quarter-finals, later in the day.Earlier, Prannoy had upset world No 4 Chou Tien Chen of Chinese Taipei 21-15, 21-7 in the second round on Thursday.

Could have considered supporting Draupadi Murmu had BJP informed before : Mamata Banerjee

WhatsApp now gives over 2 days to delete messages after sending