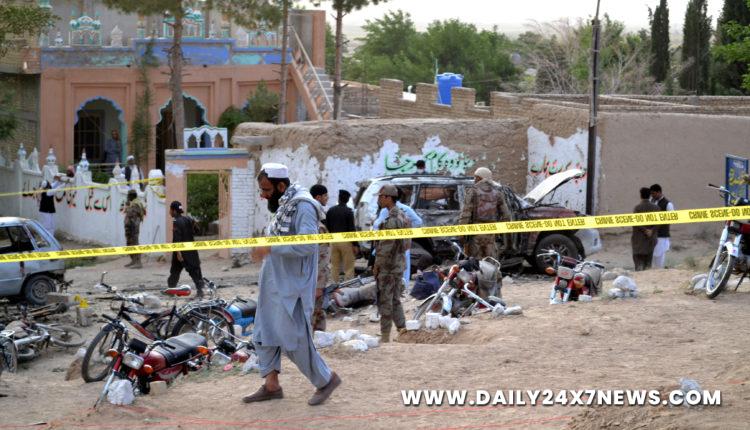 Islamabad : Eight soldiers and seven civil security personnel were killed in a terrorist attack in Pakistan’s Balochistan province, police sources said.The incident took place on Thursday in Ormara area, when a group of militants ambushed and attacked a convoy of the Frontier Corps (FC) and Oil and Gas Development Company Limited (OGDCL), and fled the scene, the sources told Xinhua news agency.”Two vehicles of OGDCL were being escorted by three FC vehicles on their way to Karachi when they were attacked by the militants who used sophisticated weapons in the offensive,” the sources added.The vehicles were also burned and destroyed by the militants following the attack.Paramilitary troops and personnel from the Pakistan Navy reached the attack site and shifted the bodies to a nearby naval base.A search operation to arrest the fleeing militants was launched in the area.Baloch Raji Ajoi Sangar (BRAS), an outlawed organization formed with the coalition of several extremist outfits of the province, claimed responsibility for the attack.The same outfit killed some 14 personnel of the navy in an attack launched in the same area in April 2019.Condemning the attack, Prime Minister Imran Khan sought a solicited report into the incident and directed the concerned authorities to make every possible effort to identify and bring the perpetrators of the attack to justice.