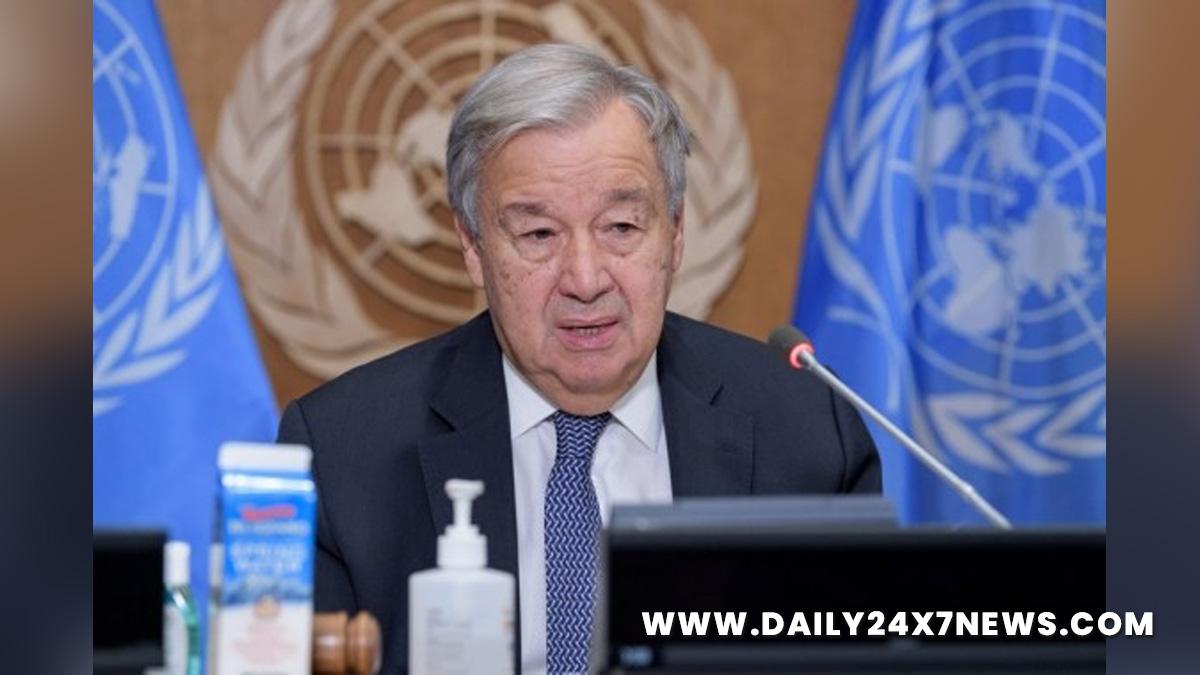 United Nations : UN Secretary-General Antonio Guterres on Monday welcomed a meeting of the Foreign Ministers of Armenia and Azerbaijan and expressed the hope that such efforts will lead to a peaceful settlement of the Nagorno-Karabakh conflict.”The Secretary-General welcomes the statement by the co-chairs of the OSCE (Organization for Security and Cooperation in Europe) Minsk Group of September 24, on the joint meeting of the foreign ministers of Armenia and Azerbaijan that took place under their auspices on the sidelines of the UN General Assembly,” Xinhua news agency quoted Stephane Dujarric, spokesman for Guterres, as saying in a statement.One year after the hostilities in and around Nagorno-Karabakh, the Secretary-General is encouraged by the resumption of direct engagement at the level of the Foreign Ministers and hopes that such efforts will continue as part of a broader dialogue to resolve outstanding issues and reach a lasting peaceful settlement, said the statement.

Guterres reiterated his full support to the efforts of the OSCE Minsk Group co-chairs and the personal representative of the OSCE chairmanship-in-office to that end.He urged all concerned to focus their attention on advancing peace and cooperation at all levels for the benefit of the people in the region, it said.The UN stands ready to support such efforts through its ongoing humanitarian, recovery, development and peace-building work on the ground, said the statement.The OSCE Minsk Group co-chairs consist of representatives from France, Russia and the US.Armenia and Azerbaijan have been at loggerheads over the mountainous region of Nagorno-Karabakh since 1988.Peace talks have been held since 1994 when a ceasefire was reached, but there have been sporadic minor clashes.A new round of armed conflict broke out along the contact line on September 27, 2020.