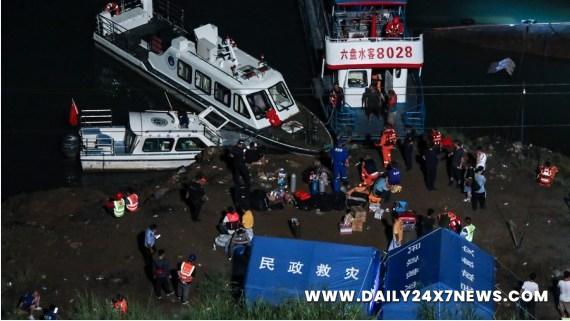 Beijing : Eight people were killed, and seven others reported missing after a passenger boat overturned in a river in China’s Guizhou province, local authorities announced on Sunday.The accident took place at 4.50 p.m. on Saturday in Zangke River in the city of Liupanshui, reports Xinhua news agency.As of 8.10 a.m. Sunday, 39 people were rescued from the river, with 31 in non-life-threatening conditions, and eight died after being rescued.

The boat was designed to carry up to 40 people.Authorities are still checking the exact number of passengers who were onboard.A rescue operation and an investigation into the cause of the accident are underway.

On finishing shoot for Bengali film, Yami talks about her love for Bengal