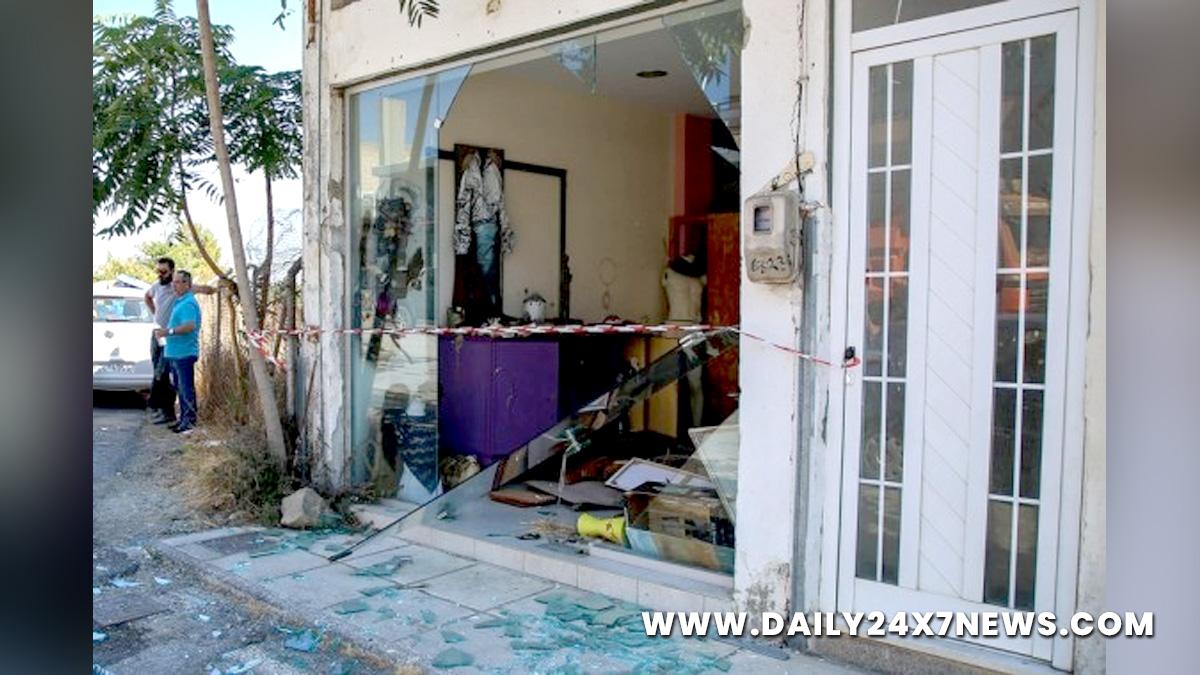 Athens : A state of emergency has been declared in the Heraklion region of the Greek island of Crete after a 5.8-magnitude earthquake left one person dead, 12 others injured and hundreds without shelter, the country’s Climate Crisis and Civil Protection Minister Christos Stylianides said.”We are monitoring the phenomenon with scientists. We can immediately accommodate some 2,500 people. We are setting up tents and offering shelter and food,” he told reporters on Monday after visiting the island.As the authorities were assessing the damages, grim images were relayed from Arkalochori, a small village of some 4,000 residents a few kilometres south of the city of Heraklion.The village was close to the tremor’s epicentre, which was at a depth of 10 km, according to seismologists of the Geodynamics Institute of the National Observatory of Athens.

A 62-year-old man, who was repairing a church there, died after getting trapped under the ruins, the Fire Brigade said.Significant material damages have been reported in buildings and the village’s water supply system, local officials said.People who live in damaged buildings have been urged to remain outdoors at least until the assessments are completed as aftershocks, some as strong as magnitude 4.8, continue to jolt the region.Hoteliers on the island have made at least 90 rooms available to the quake victims, Tourism Minister Vassilis Kikilias said.”Our thoughts are with them,” Greek President Katerina Sakellaropoulou said.”I would like to express my sincere condolences to the family of our fellow citizen who lost his life and wish a speedy recovery to the injured,” Prime Minister Kyriakos Mitsotakis tweeted.

Hyderabad is always a unique, refreshing…