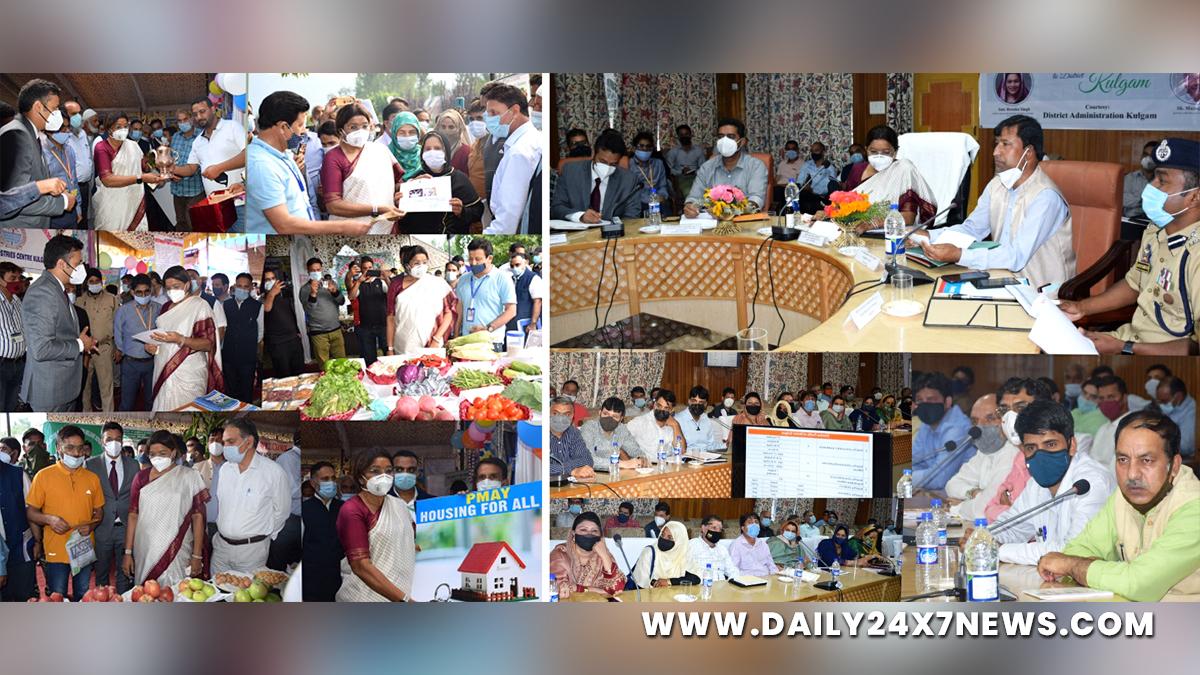 Kulgam : As part of the ongoing public outreach programme of the Central Government, Union Minister of State (MoS) Tribal Affairs Renuka Singh today visited District Kulgam and held a detailed interaction with DDC chairperson, DDC members, BDC members, other PRI representatives and various public delegations.While interacting with PRI representatives and local delegations, the MoS said that the government has launched many welfare schemes that will change the socio-economic condition of the tribal population and asked them to take due benefits of these schemes.She highlighted that the Union Government headed by Prime Minister, Narendra Modi is focusing on development of Jammu and Kashmir and added that the government is working on various flagship programmes aimed to develop socio economic status of the people.The MoS also said that Government is focused on equitable development of Jammu and Kashmir and developmental wheel has gained momentum under the leadership of Prime Minister.During her extensive tour to the district, the Minister also visited high density apple orchards and interacted with progressive farmers.