CM announces opening of new ITI at Karga, HSC at Gumrang and Lot 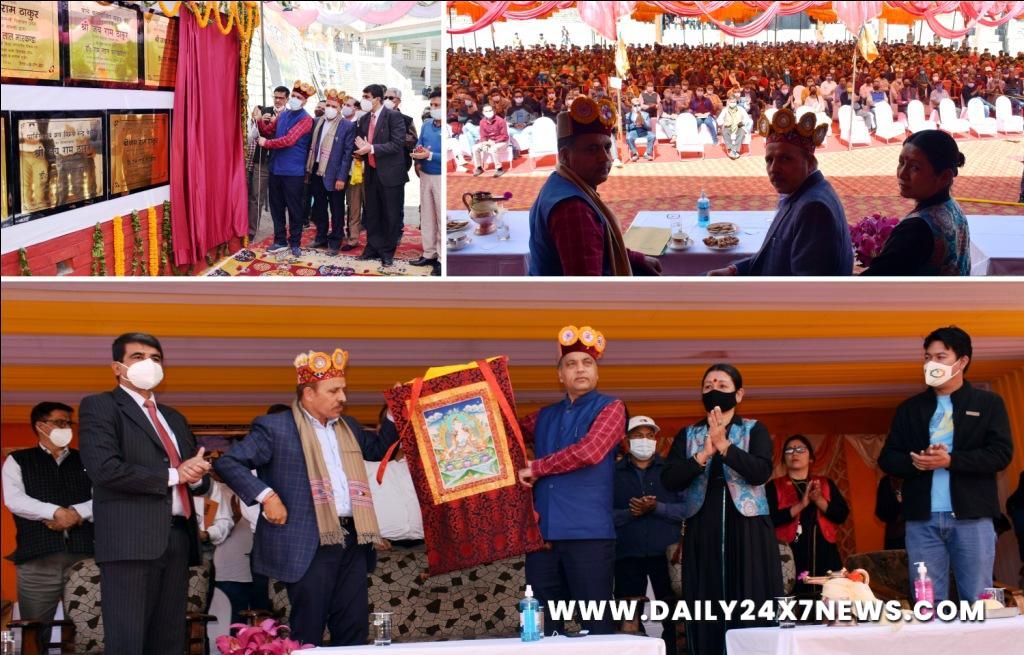 Keylong(Lahaul-Spiti) : Chief Minister Jai Ram Thakur while addressing a public meeting at Keylong today announced opening of new ITI at Karga, Health Sub Centres at Gumrang and Lot and primary school at Rarik. He also announced additional budget of Rs. 30 lakh for Shishur gompa. He announced Rs. 30 lakh for reconstruction of damaged overhead welcome gate at Keylong.Chief Minister said that the State Government was committed to ensure overall development of the tribal areas. He said that several schemes have been launched for development of these areas. He said that the some specialist doctors from regional hospital Kullu will be deployed to regional hospital Keylong for two days in a week.Earlier, the Chief Minister inaugurated and laid foundation stones of 11 developmental projects worth Rs. 41 crore in Keylong area in Lahaul Spiti district, which include inauguration of one developmental project worth Rs 1.34 crore and foundation stones of 10 developmental projects of about Rs. 39.48 crore.