Sports Officers and coaches should leave paperwork and be seen in Playgrounds : Pargat Singh 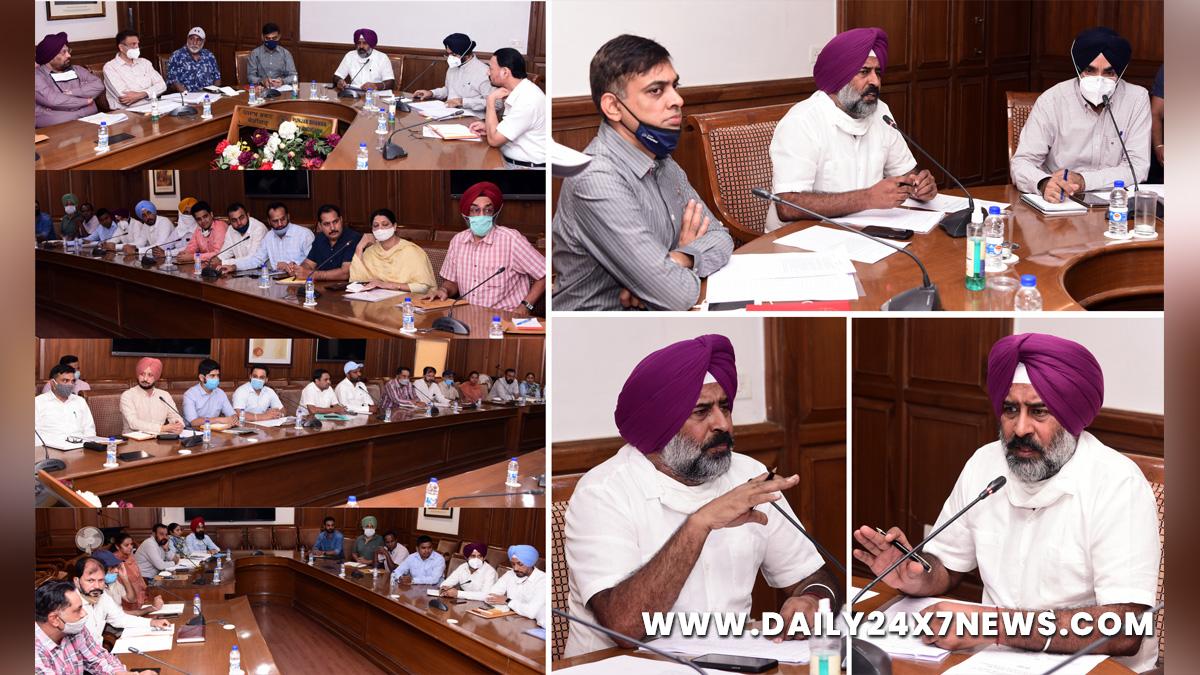 Chandigarh : The Sports and Youth Services Minister Pargat Singh has directed the sports officials and coaches that sports related activities should be practically seen on the ground and not reflect from paperwork. He also ordered immediate distribution of sports equipment and kits to the players. “Strict action will be taken against the sports officer of that district if the sports equipments are found undistributed in the store of any sports office”, said the Sports Minister besides also asking the sports officials and coaches to get out of the office rooms and create congenial atmosphere for sports in the playgrounds.S. Pargat Singh also asked the Youth Services Department to revive the defunct youth clubs in the villages. Similarly the coaches of the sports department, officials of the youth services department and physical education teachers and lecturers of the school education and higher education departments have been persuaded to work together in perfect tandem to connect the youth of the state with the sports grounds.These directions were given by S. Pargat Singh during the meeting of the officials of the Sports Department, District Sports Officers and Deputy Director and Assistant Directors of the Youth Services Department at Punjab Bhawan here today.

The Sports Minister, who himself has been a Hockey Olympian, said that it is often seen that the sports equipment and kits remain undistributed in the stores and rot there. He said that such negligence would not be tolerated and strict action would be taken against those found guilty. He also ordered to weed out all defunct equipments as per the procedure. The Minister also ordered the officials to get the details of wings, sports centers, deployment of coaches and number of players from all the District Sports Officers and directed that coaches should be deployed wherever required and no center should be closed. He further added that any center could be checked at any time and in case of closure of the center, strict action would be taken against the concerned sports officer.Divulging more, S. Pargat Singh said that both the departments were directly connected with the youth of the state and there was a need to bring efficiency in the functioning of these departments. Apart from this, the activities which were halted due to corona should be resumed and each district should make its own sports calendar and hold tournaments apart from commencing the sports activities in three layers. Similarly, arrangements should be made to ensure youth participation in the sports with specialized training for the players and super specialized training for the top class players, added S. Pargat Singh.On this occasion he also emphasized on making the functioning of Punjab Institute of Sports (PIS) more efficacious.The meeting was attended by Secretary Sports Mr. Ajoy Sharma, Director Sports Mr. DPS Kharbanda, PIS Director (Administration) Mr. Amardeep Singh, Joint Director Mr. Kartar Singh, Hockey Olympian Mr. Sukhbir Singh Grewal, Deputy Director Youth Services Mr. Kamaljit Singh Sidhu.