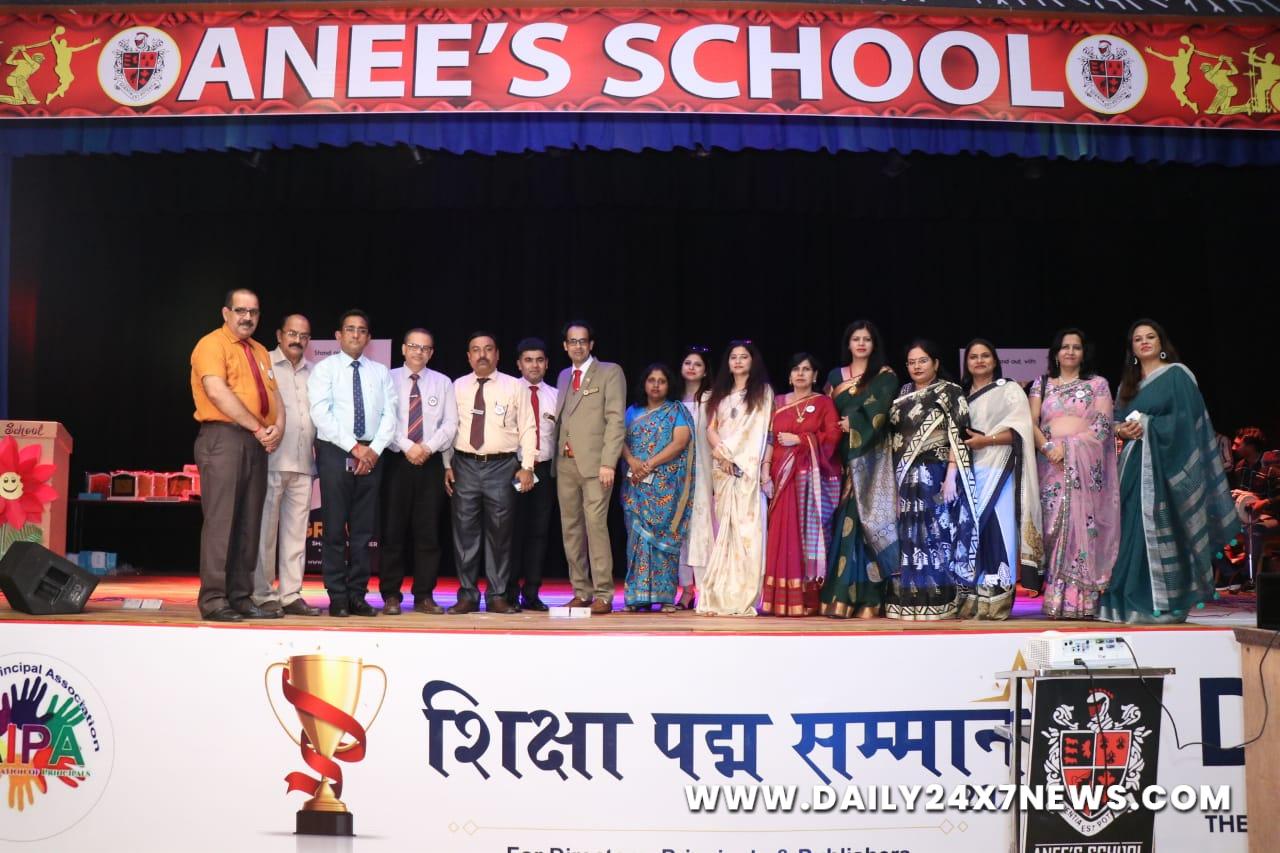 Kharar : On the occasion of “SHIKSHA PADMA SAMMAN- 2021” held at Anee’s School Kharar under the aegis of AIPA (All India Principals Association) and sponsored by, an award ceremony was held to felicitate more than 400 Principals. This program is held to recognise the intellectuals who have made an immense contribution in the field of education. Those proficient professionals who exhibit qualities that brings about a saga of success stories. Today, the program was organised not just to celebrate achievements, but also to give due regard to values and morals exemplified by the awardees, like discipline, compassion and zeal towards the field of Education.To bring together a huge gathering of learned intellectuals under one roof was Chairman Sh. Navdeep Bhardwaj, Vice- Chairman Dr. Atul Hans and General Secretary Sh. Pawan Gupta.Sh. Avishkar Garg, Director, Microtek International Pvt. Ltd. and Sh.Nakesh Garg, Governor, Lions Club International were the special guest.