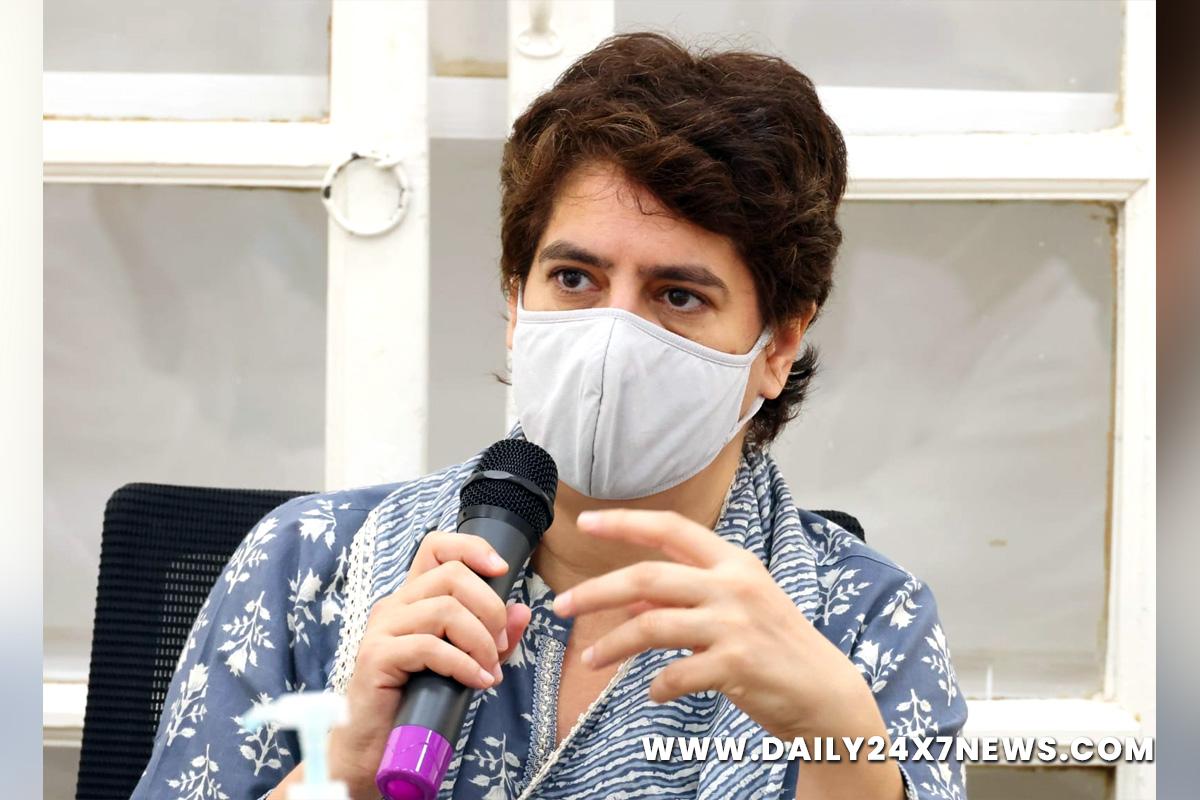 New Delhi : After a full-page advertisement carried in a national English daily showcasing the industrialisation and development of Uttar Pradesh under UP Chief Minister Yogi Adityanth featured a photograph of Kolkata’s Maa flyover, Congress leader Priyanka Gandhi Vadra lashed out at him.Congress General Secretary Priyanka Gandhi, who is also In charge of Uttar Pradesh, tweeted, “They give fake advertisement, fake jobs of lekhpal were offered to youths, now giving fake pictures of flyover and factories and claiming fake development. Neither they have any understanding of the people’s issues nor have they anything to do with it. The government is of fake advertisement and false claims.”The advertisement issued by the state government drew sharp criticism from Trinamool Congress also as several top ministers and leaders accused Adityanath of “stealing images from infrastructure scenes in Bengal”.

The advertisement “Transforming Uttar Pradesh Under Yogi Adityanath” carried on Sunday in an English language publication has a cut-out of Adityanath with a flyover that resembles Kolkata’s “Maa flyover” that connects the central part of the city with Salt Lake and Rajarhat located in the northeastern fringes of the city. The image also has Kolkata’s iconic yellow taxi and a high rise that resembles a five-star hotel in the city next to the Maa Flyover.The English daily, however, later in the day ran a statement admitting that the fault lies with the marketing and advertorial team of the newspapers. The statement said, “A wrong image was inadvertently included in the cover collage of the advertorial on Uttar Pradesh produced by the marketing department of the newspaper. The error is deeply regretted and the image has been removed in all digital editions of the paper”

Covid jabs do not raise risk of miscarriage: Study