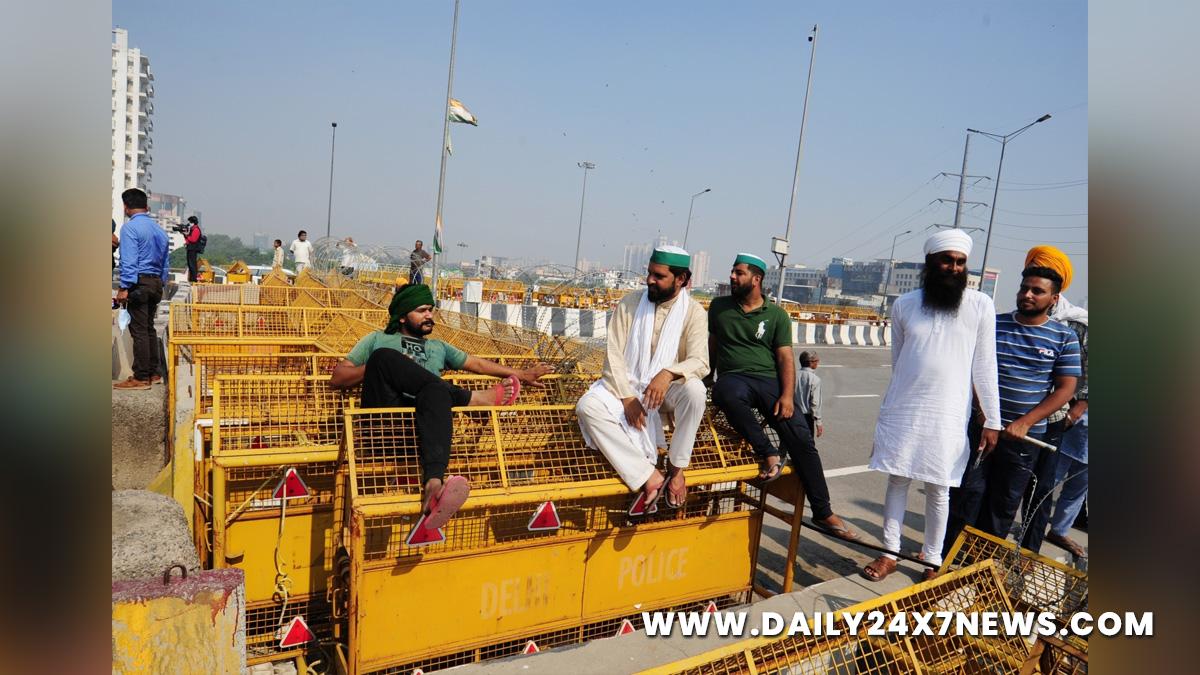 New Delhi : After Delhi Police started removing the barricades from the Ghazipur border, farmers protesting at the site for nearly a year against the three contentious farm laws have expressed apprehension that they also might be removed. The Bharatiya Kisan Union (BKU) has issued a statement appealing to the farmers to reach the site as soon as possible to strengthen the agitation.”There is no confusion about the status quo on the border. Protests will continue. There is no change in the strategy of farmers,” the BKU said in the statement”It was the police which had put the barricades after the January 26 incident. Delhi Police is correcting its mistake after farmers gave an affidavit in the Supreme Court that they have not blocked the roads. Farmers in large numbers are present at Ghazipur border.”The BKU appealed to farmers to reach the site as soon as possible and strengthen the agitation.

They said there is a conspiracy against the stir and they will fight it.They are using social media to convey the message.In an appeal to the farmers, the BKU said: “Reach the Ghazipur border and strengthen the agitation. Every day there is a conspiracy against the movement, we have to be ready against every conspiracy.”BKU media in-charge Dharmendra Malik said: “Our protest will continue with more vigour. We are appealing to the farmers to reach in large numbers.”The Samyukt Kisan Morcha (SKM) in a statement said: “Our stand is vindicated. It was the police which had blocked the roads, not us. We had left the space for traffic movement, but the police put up the barricades.”On Friday, police officials were seen removing iron nails that were installed on NH9 at Ghazipur, where hundreds of protesters, mainly belonging to the BKU, have been occupying a road stretch since November 2020.