News of Olympics postponement came as a shock : Mary Kom 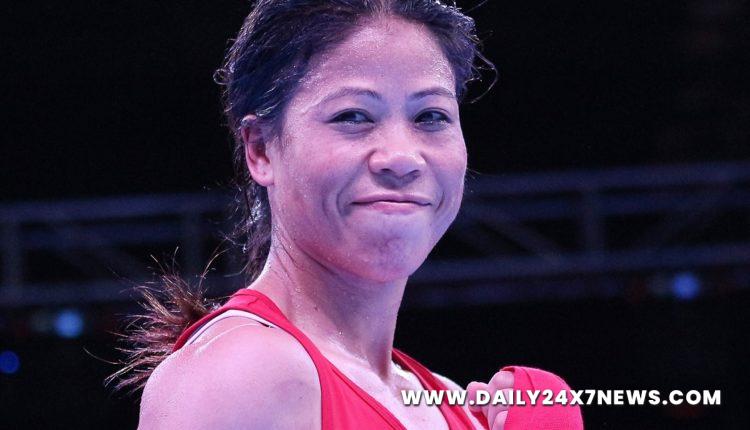 New Delhi : Ace Indian boxer MC Mary Kom has revealed she was shocked when she first heard about the postponement of Tokyo Olympics due to Covid-19 pandemic.Originally scheduled to be held from July 24 to August 9 this year, the Tokyo Olympics was in March postponed to 2021 due to the outbreak of coronavirus. It is now set to be held from July 23 to August 8 next year.”I was so surprised. This news came as a shock to all of us. It’s challenged our life and routines and it’s no different for me. I have been fighting for almost 20 years,” said Mary Kom while speaking to Indian cricket team captain Virat Kohli during an Instagram live session.”I have been trying to do my training and all the activities at home. Only thing I was not able to do was sparring. Boxing requires sparring, so you can easily perform in competition. I do my running, skipping and strength training at home. I am preparing. I am trying to get more strength to improve myself in this situation,” she added.The six-time world champion was further asked by Kohli about the challenges she faces outside the ring and the stereotypes which are there in the society. To which Mary Kom replied that she does get distracted by naysayers but she remains focussed on her goals.”The stereotypes are here to stay and you will always have naysayers. There are so many people who talk negative. We have done so many positives for our country and society,” said Mary Kom.”The naysayers do distract me but one’s resilience can prove them wrong. We need to drive the youth to do the unthinkable, the formula doesn’t see gender. It’s hard work and preparation. Always go for goals, motivate, never give up and keep fighting. That’s what I always tell young boxers, kids and parents,” she added.The London Olympic-bronze medallist further stated that her husband has been a pillar of strength following her marriage.”After marriage my husband has been a pillar of my strength for me. The support he gives me and my children are second to none. He takes care of everything. He’s the ideal husband and father,” said the 37-year-old.”I am so happy that I have an ideal father for my sons. I gave birth to twins and if he wouldn’t have supported me it would have been difficult. As I speak people might think it’s easy. But in reality it’s really difficult,” she added.