Centre tries to drive demand with sops for govt staff, loans to states 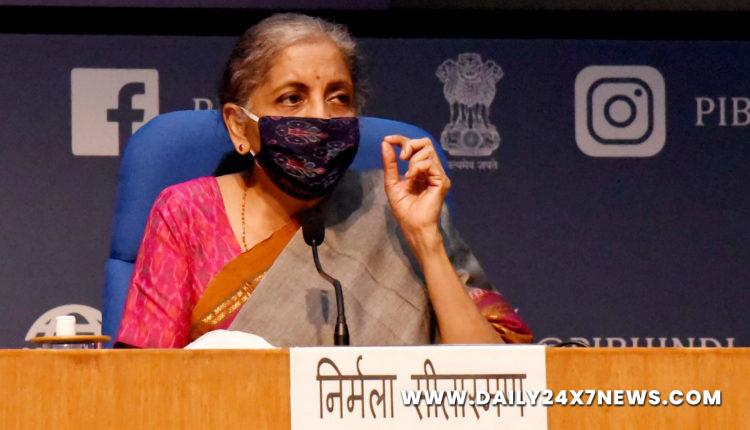 New Delhi : The Union Government’s “Atmanirbhar Bharat” package announced in May was all about a supply-side push leading to concerns and even criticism from several quarters for the lack of demand measures which actually would have lifted the economy. On Monday, the Finance Minister tried to fill that gap and announced a number of measures to induce government employees to spend in the upcoming festive season.Addressing the media here, Finance Minister Nirmala Sitharaman said that the Centre will launch a ‘LTC Cash Voucher Scheme’ and a ‘Special Festival Advance Scheme’.Under the LTC Cash Voucher Scheme, Central government employees get LTC in a block of four years — one travel to anywhere in India and one hometown or two for home town visits. Air or rail fare, as per pay scale or entitlement, is reimbursed and in addition leave encashment of 10 days (pay and dearness allowance) is paid.As per the government, the scheme will generate additional consumer demand of around Rs 28,000 crore.The government will make full cash payment on leave encashment and payment of fare in three flat-rate slabs depending on class of entitlement, including making the fare payment tax free.An employee opting for this scheme, would be required to buy goods or services worth 3X the fare and one time the leave encashment before March 31, 2021. The money must be spent on goods attracting GST on 12 per cent or more from a GST registered vendor through digital mode and GST invoice will be required to be produced.Sitharaman also announced a special interest free festival advance of Rs 10,000 for all gazetted and non gazetted officers, which will be recoverable in 10 instalments. They have to do the expenditure under the scheme by March 31, 2020.
Besides, the Centre is ready to give a thrust to capital expenditure, she said.As per the measure, a special 50-year interest free loan to state governments will be provided for capital expenditure for Rs 12,000 crore.Out of the total amount, Rs 1,600 crore would be aimed towards the north-eastern states, and Rs 900 crore loan would be provided to Uttarakhand and Himachal.Loans worth Rs 7,500 crore for other states, in proportion to the share in Finance Commission devolution, which would include 50 per cent initial disbursement and the balance would be disbursed on the use of the first instalment. The unutilised funds will be reallocated.Further, Rs 2,000 crore would be allocated to states which meet at least three out of four reforms announced earlier including “one country one ration card” and power reforms.The loans provided would be used for new or ongoing capital projects needing funds and settling the bills of contractors and suppliers on such projects.The borrowed amount would have to be spent by March 31, 2021.The Finance Minister said that this funding will be over and above all other additional borrowing ceilings given to states.In addition, the Centre’s capital expenditures budget also increased by Rs 25,000 crore this year and will go with the Rs 4,13,000 crore already provided in the budget.Industry appreciated the government’s steps to revive demand amid the pandemic.
Sanjay Aggarwal, President, PHD Chamber of Commerce and Industry, said that calibrated and meaningful measures will have a multiplier effect on trade, industry and economy.”These measures will stimulate the consumer demand, boost capital expenditure and push the economic growth trajectory on the pre-COVID levels in the coming quarters,” he said.Kumar Rajagopalan, CEO of Retailers Association of India (RAI), said that the LTC Cash Voucher Scheme will encourage spending on categories which attract a GST of 12 percent or more such as apparels, computers, consumer durables, smartphones, home appliances, furniture and home furnishings, beauty & personal care among others. The Special Advance Scheme for the festive season will boost festive spending, he added.However, the measures have been criticised by some quarters. The Federation of Associations in Indian Tourism & Hospitality (FAITH), a body representing tourism and hospitality sectors which have been the worst hit by the pandemic, has expressed disappointment at the fact that LTC funds of government employees are being redirected to buy consumer goods.”Redirecting the LTC money of government employees to buy consumer goods would dry up those funds for the travel sector. Additionally, it would also send a vote of no confidence to the tourism travel & hospitality industry which was looking to get back on its feet after ‘Unlock’,” FAITH said in a statement.

Repeal anti-farmer laws to save ‘annadata’ from ruining: Arvind Kejriwal to PM Modi