‘Mumbai Diaries 26/11′ to explore the attacks from doctors’ persperctive 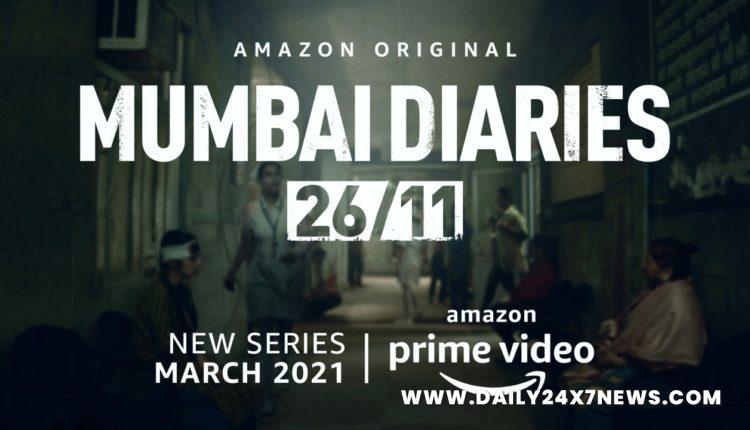 Mumbai : Mumbai Diaries 26/11, a medical drama series that will explore the 26/11 attacks from the perspective of doctors, will premiere in March next year. The first look of the series was unveiled on the 12th anniversary of the terror attacks, on Thursday.The brief video shows how the medical staff of a hospital are trying to help people affected by the attacks. Mohit Raina has a central role in the series created by Nikkhil Advani.Set against the backdrop of the terror attacks of November 26, 2008, the series depicts the story of doctors, nurses, paramedics and hospital staff, who did everything to save lives.Talking about the theme, Advani said: “We Mumbaikars often discuss about where we were on that fateful night when this devastating incident shook the entire city. There have been several shows and films centred on the incident, but no one has explored the doctors’ side of it.”With this medical drama, we aim to champion the human spirit in the face of unprecedented danger and celebrate the brave doctors who had saved the day while keeping the sensitivity of the topic in mind,” he added.The show also stars Konkana Sen Sharma, Tina Desai and Shreya Dhanwanthary. It will be available on Amazon Prime Video.

Akshay-starrer ‘Bachchan Pandey’ to release on Jan 26 next year