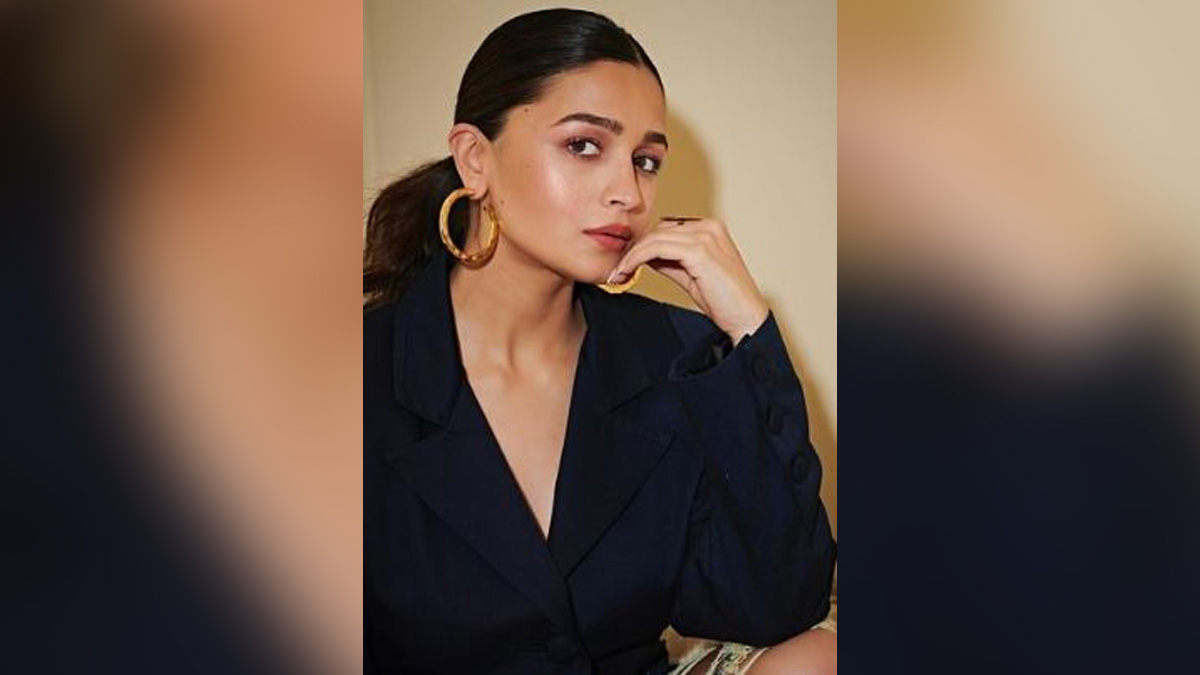 Mumbai : Bollywood star Alia Bhatt, who is currently expecting her first bundle of joy with husband Ranbir Kapoor, is currently going through a very busy phase in her life.

While she is expecting her first child post a dreamy wedding with the actor, on the professional front she has two big projects lined up for release first is the OTT movie Darlings and second is Brahmastra: Part One – Shiva.

Both projects are very special to her. The Netflix movie Darlings’ where she co-stars with powerhouse performers like Shefali Shah and Vijay Varma, is her maiden production under Eternal Sunshine Productions banner.

Brahmastra: Part One – Shiva’, which is set to debut on September 9 in cinemas, is her first film opposite her hubby Ranbir.In a recent conversation with IANS, Alia spoke about the spotlight on her personal life more than professional, her experience as a debutante producer and working with the cast of Darlings’.

The overwhelming coverage around her personal life in the media may give an impression that her work is not in the media focus but, Alia gracefully disagrees, “I feel there is a lot of focus on my work.

Unfortunately, the nature of showbiz is such that people are interested to know about your personal life and as an actor you sign up for that.”But, there’s one thing that irks her and rightly so – the fake news.

Alia says, “The only thing that I get annoyed with is people making up fake news.But, again that’s something that’s difficult to control in the digital sphere.”She claims that venturing into production has had no effect on the actor in her.

For a generous amount of time on the Darlings’ sets, she walked around like an actor hired to do a job and not the producer of the film.She says in a matter of fact manner: “The actor in me hasn’t changed much because of the producer in me.

In fact, when we were shooting the film I was majorly on the sets as an actor and not as a producer.Having said that, the producer in me majorly came into play after the film was finished.”

“As an actor, once the film is wrapped up, you’re done. You get back into the action during the promotions or closer to the release of the project.But as a producer, you have to be with the film at every step – planning and strategising, monitoring the post-production, checking the edit and the cut till it’s out for the audience.”

“I have always been involved in all my films as an actor but this project took me a step further.”The film features an interesting line-up of actors, in addition to Shefali and Vijay, it has another Vijay – Vijay Maurya and Rajesh Sharma.

Casting for Alia is of prime importance, something that can make or break a film, “When I watch a movie, I get impressed when the casting of the film is very detailed.You can see the hard work of the casting directors, their assistants and that of the entire team put together.

“Finally, she talks about her camaraderie with fellow actress Shefali Shah, who plays her mother in the film, “Shefali and I are not at all on the same page before a scene.Off the camera, there’s something else going on in her mind and I am in my own zone.”

“It’s only when the camera rolls, we spontaneously switch into our characters and that’s how we build up the scene”, she concludes.

Very delighted with Axar Patel’s batting show as he did the same for Delhi Capitals : Pravin Amre